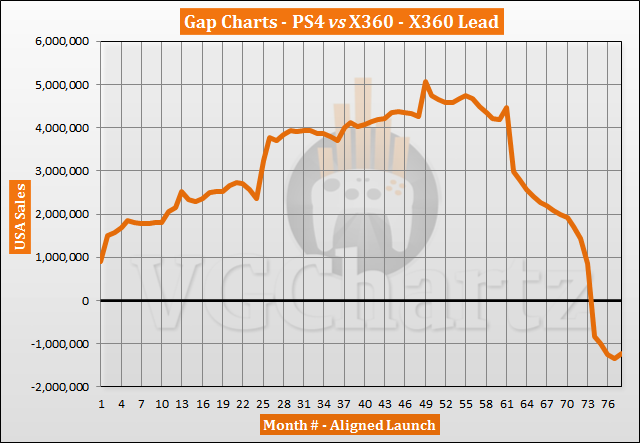 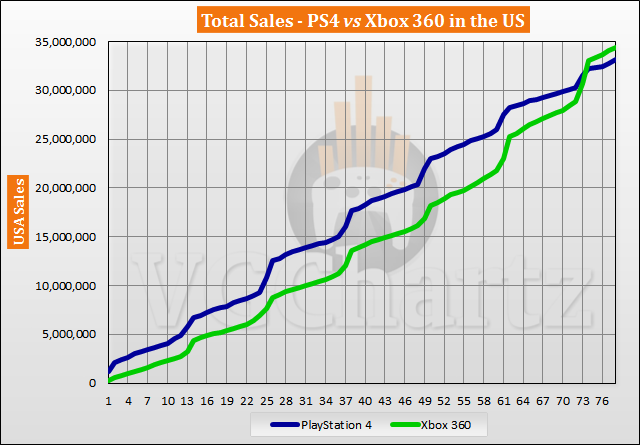 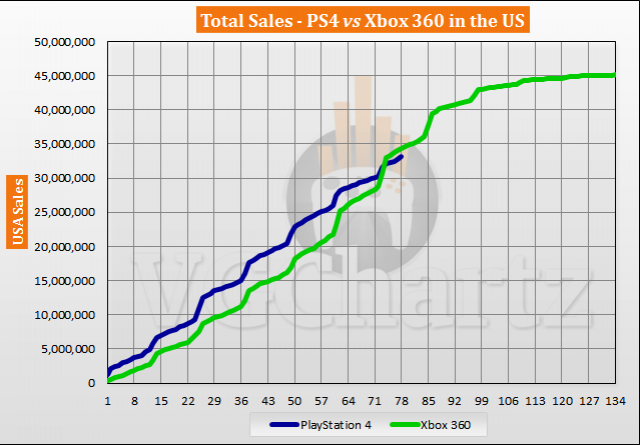 I don't think PS4 will reach that 45mil

I wasn't aware X360 was going so strong that late in life. It seems doubtful PS4 can match this.

PlayStation Domination. PS4 is 7 years old and still selling amazing. Even with Sony's highly anticipated PS5 coming and the Switch taking marketshare, Sony PS4 is doing great. Sony will likely support PS4 for another 3-4 years, it can get to 45 mil easily in US and likely end with 125-130 million units sold globally once official support ends.