10 PlayStation Vita Gems That Flew Under the Radar - Article

Throughout the life of any console, certain games come to prominence and are recommended to new owners without reservation. For Vita, these are things like DanganRonpa, Digimon, Killzone, Persona and Tearaway – titles that are recognised for their outstanding quality and universal appeal that I’d say the majority of dedicated Vita gamers will have tried at one time or another.

For every console, there are also a tonne of games that fly under the radar and are only noticed by a tiny subset of fans. Everyone with a Wii knew about Mario Kart and Super Mario Galaxy, for example, but few knew of Battalion Wars 2 or Fragile Dreams. These ‘hidden gems’ can often provide some of the most diverse and exciting experiences in a console’s library, it just might take a little digging to find out about them.

Vita is no exception and this article will be a selection of 10 hidden gems that I’ve come across on Sony’s handheld. Bear in mind that I’ve barely scratched the surface of the library here, so this is just a top 10 from what I’ve played. I have no doubt there are plenty more out there and I’ll probably revisit this subject at some time in the future to list 10 more! 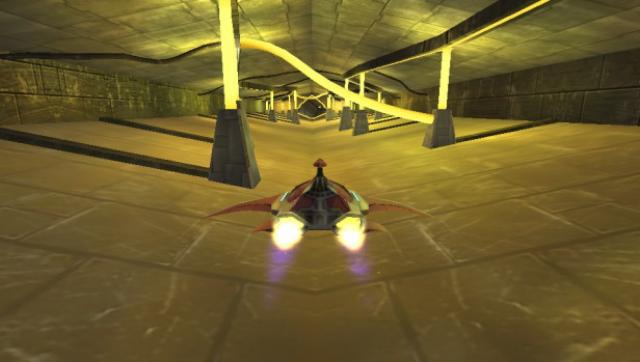 Considering the Vita received so few racing games (especially compared to its predecessor, the PSP), it was surprising to see this gem go so un-noticed. Air Race Speed is a futuristic take on the genre that puts you in a constantly accelerating craft that you have to guide through elaborate obstacles courses in an attempt to get the best possible times. It looks fantastic, despite being a 3DS up-port, and is incredibly addictive to boot, making it a perfect pick for this list. 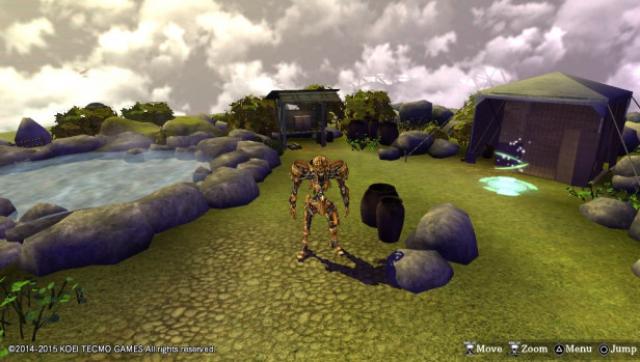 Perhaps because Vita received so many JRPGs between the years of 2014 and 2017, a number of them seemed to completely pass people by over higher-profile titles. Ar Nosurge definitely falls into this camp. Despite Gust being known for its crafting-and-exploring Atelier series, few seem to talk about this sweeping sci-fi adventure set in the depths of space. Sure, it has issues with pacing at times, but the completely bonkers story, gorgeous world, and unique combat system mean this isn’t one you’ll forget easily. 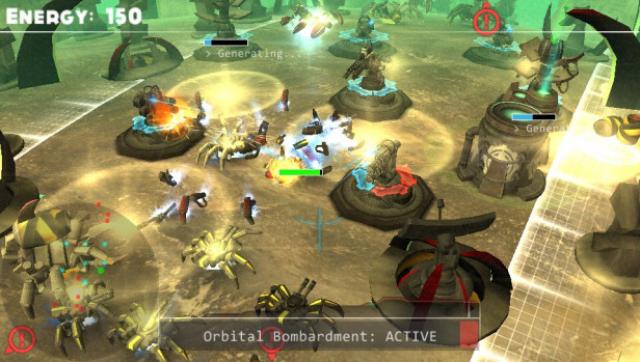 There are plenty of tower defence games on Vita, but few offer as addictive a package as Final Horizon. Designed to be played in short bite-sized chunks, each mission sees you managing a base with pre-set nodes that you can build on, with the goal being to repel the alien insect invasion as efficiently as possible. That means managing your resources carefully, leading to some incredibly tense encounters. It seemed to get little fanfare upon release (despite being offered on PS+), which is a real shame as it’s definitely something worth checking out on the handheld. 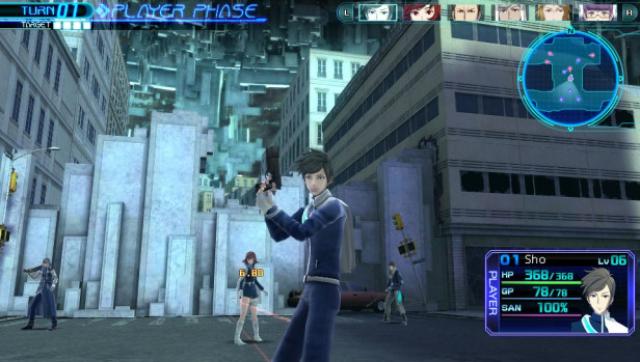 Lost Dimension is one of the most-viewed reviews on my own website, and for good reason – I make sure I plug how good it is at every opportunity! Not only does it contain a fascinating story of betrayal as you weed out the traitors while your group of special agents climbs a tower to take down a terrorist, but it mixes in some of the most addictive turn-based strategic gameplay I’ve ever come across. Despite its low budget showing through at every turn, I really enjoyed this one and feel it’s something every Vita owner should try; it’s the exact kind of title that just fits the console like a glove. 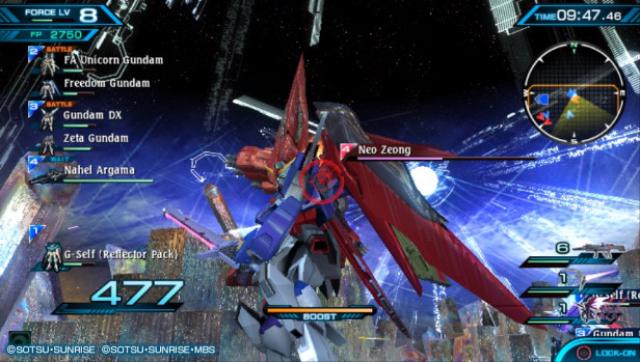 If this was Japan, a Gundam game couldn’t possibly be on a ‘hidden gem’ list due to the series’ popularity, but in the west it’s a different story. Extreme Vs Force is only a few points away from being my perfect game – it mixes fast-paced third-person action-shooter gameplay with a fighting game base, alongside strategic thinking where you can order your units around a battlefield, which I absolutely adored. The story is naff and the lack of a custom force mode disappointing but it nails everything else. And yet I hardly know anyone else who has played it, let alone anyone who rates it! 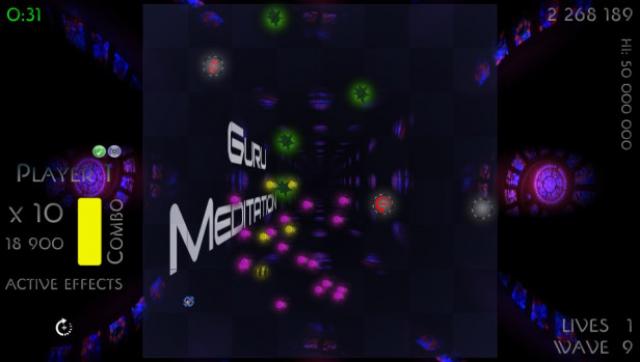 By December 2018, the majority of gamers had moved on from Vita, but the ones who stuck around were in for a treat thanks to kFunction’s Scintillatron 4096. While most twin-stick shooters focus on unleashing mayhem against hordes of enemies, the objective here is different – precision is rewarded and you’re encouraged to take out all the pink coloured foes before the yellow ones (or vice versa), racking up massive bonuses and combos in the process. It proves to be hugely addictive and is a game I come back to time and time again, it’s just a shame more people didn’t give it a shot (you can check out the VGChartz review here). 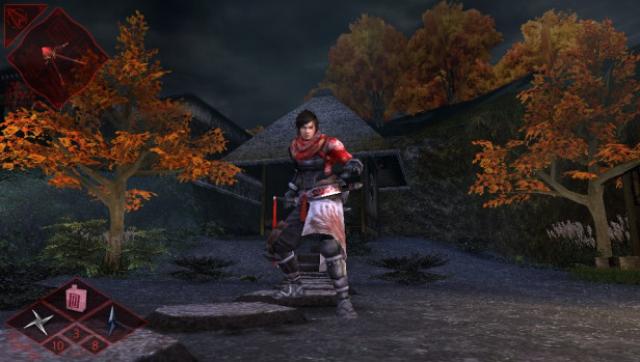 Vita’s launch period was rough for smaller titles that had to compete with the likes of Uncharted and WipEout. Undoubtedly a game that didn’t get enough recognition is Shinobido 2. A sandbox stealth game pitting you as a ninja in the middle of a factional war, its strength is in its openness – you can pick to side with whoever you want and undertake whatever missions you please. In game, things like the grappling hook and wing suit make silent take downs a breeze. The only downside is its short length, but for the time it lasts it’s an absolute blast. 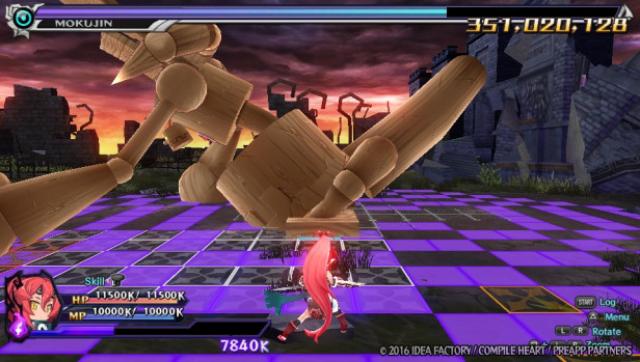 One of the nicest things about the Vita and its relative success in Japan is that a number of mid-sized Japanese developers created some very quirky and unique games for the platform. One of the best examples of this is Trillion, a raising sim-meets-roguelike where you have to train a number of female overlords so that they can fight the titular god of destruction. It’s unconventional in every sense of the word, but thanks to a constantly heartbreaking plot (as you watch the girls you’ve formed bonds with get slaughtered) and tight gameplay it’s also a tonne of fun. 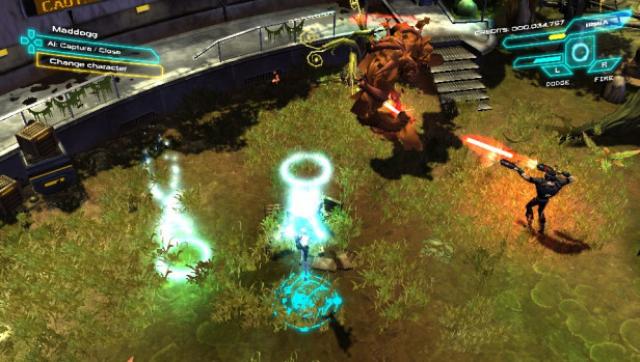 A title that has been ignored not once but twice (first on PS3 & Steam, then on Vita), Wanted Corp deserves better for its well-made twin-stick shooter gameplay. You play as a pair of intergalactic bounty hunters (who you can switch between at any time, each with a different set of abilities) who undertake a series of missions to capture convicts that have escaped from a crashed prison transport. Colourful graphics, big levels, and the unique twist of being able to capture enemies alive make this a hidden gem that’s definitely a fantastic addition to the Vita’s library. 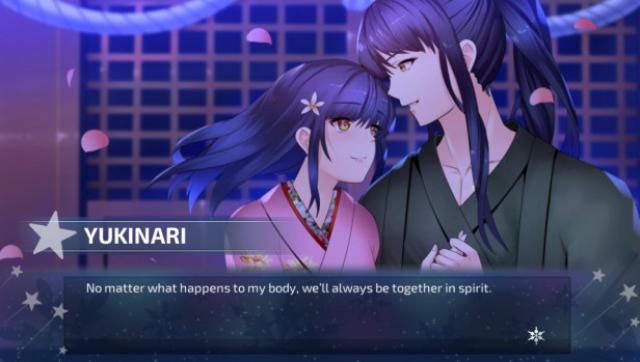 If you asked people to name visual novels on Vita, there would be plenty of mentions for DanganRonpa, Steins;Gate, and Zero Escape, but I think few would talk of A Winter’s Daydream, a beautiful story from ebi-hime. The game centres on Yuu, a University student who comes home and is forced to visit his grandmother, only for her to transform into a young woman for a single day. The two go on a series of adventures that causes Yuu to reflect on his relationship with all of his family and ends on a beautiful, touching note. It’s truly a lovely journey that wasn’t at all what I was expecting (you can check out the VGChartz review here).

In a number of ways, the whole of the Vita’s library is likely to go down as a ‘hidden gem’ list thanks to the fact that the machine never caught on with the mainstream gamer. Yet in today’s era where multi-console releases are common and ports to other systems happen all the time, many games (such as DanganRonpa, Gravity Rush, and Yomawari) have gone on to escape obscurity and get a new lease of life on more successful consoles. Despite this, many more have been left behind and offer brilliant experiences that the vast majority of players have never checked out.

The 10 releases I have included in this list are all fantastic titles in the Vita’s library that every owner should try, whether it’s the beautiful story of Ar Nosurge, the fast-paced tactical action of Mobile Suit Gundam: Extreme Vs Force, or the intricate gameplay of Scintillatron 4096. For whatever reason, I never see them get the recognition they deserve, and that’s a shame. Hopefully this list might raise their profiles a bit and if you’re on the fence about any of them then take my recommendation that they’re absolutely worth trying.

Vita articles have returned to Vgchartz. Nature is healing. We are the virus.

Good list! Will check some of them out. Just restarted and turned my Vita into this mean little indie machine last week and have been busy playing on it ever since :-D 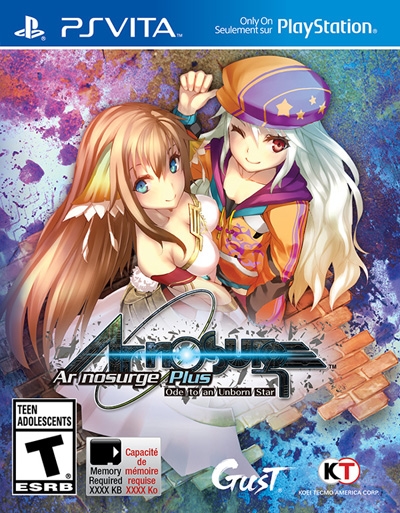 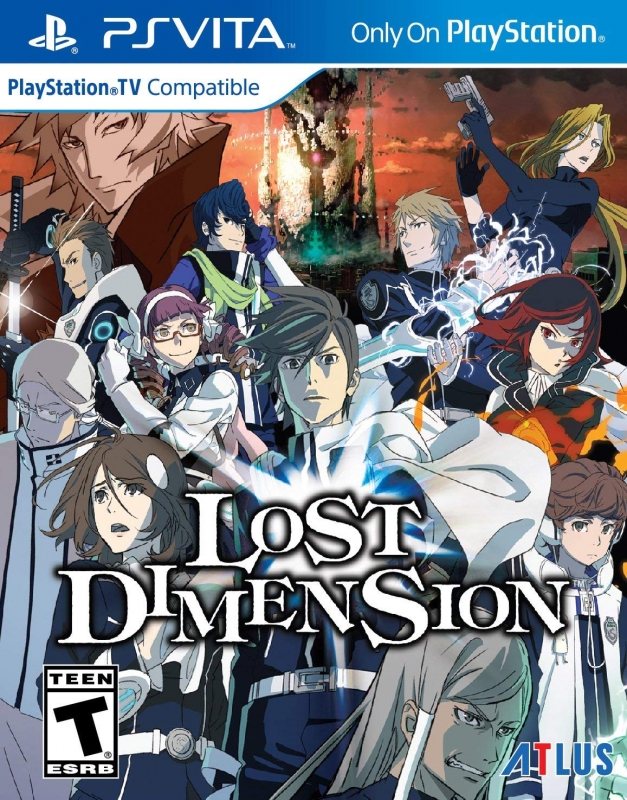 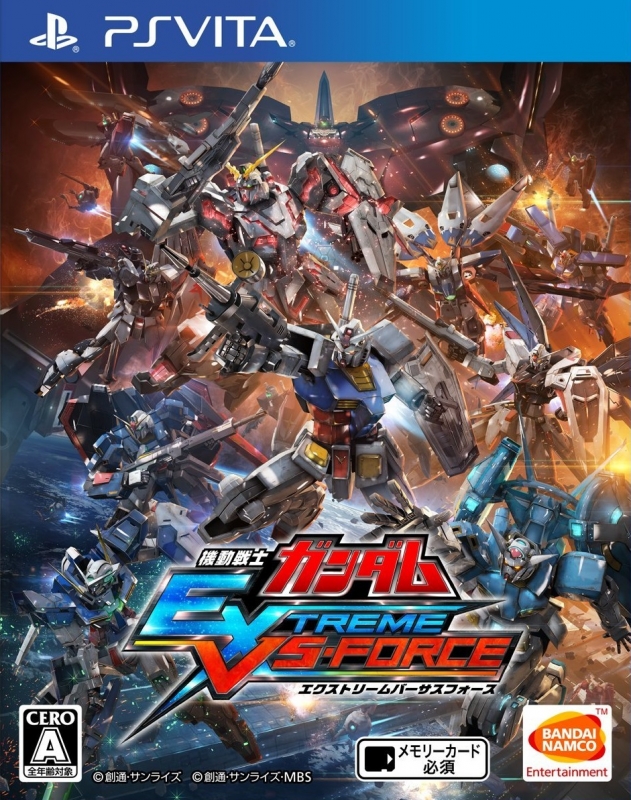 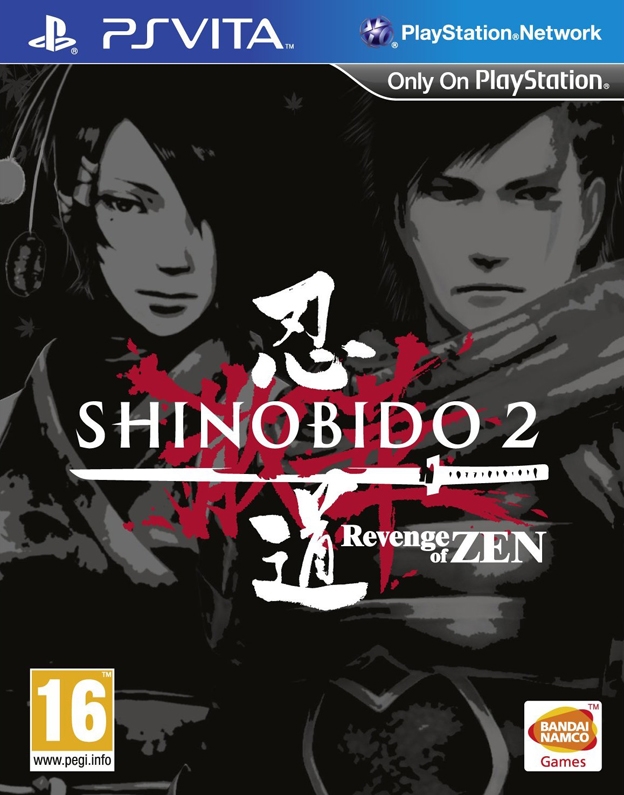 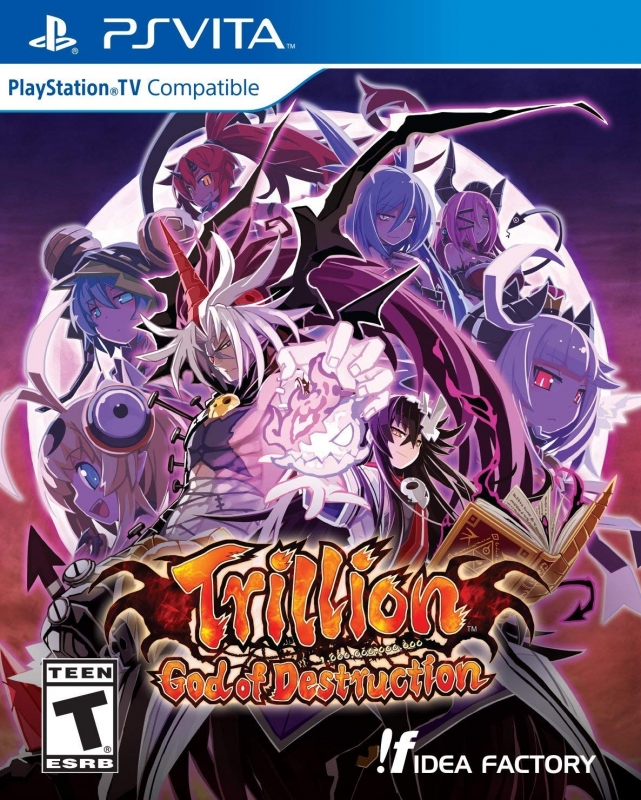