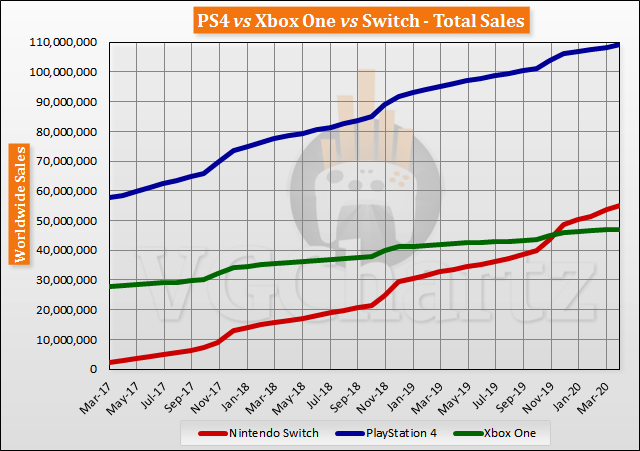 Looking at the total sales of the PlayStation 4, Xbox One, and Switch through April 2020 shows the Nintendo Switch continues to grow its lead over the Xbox One, while the PS4 nears 110 million units sold. 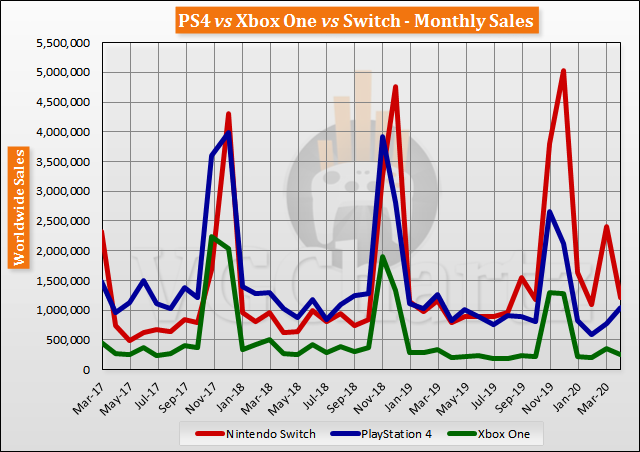 Looking at the marketshare, the Switch managed to achieve 48 percent of the monthly sales. The PlayStation 4 accounted for 42 percent of the consoles sold, and the Xbox One 10 percent.

Switch sales are insane during Christmas