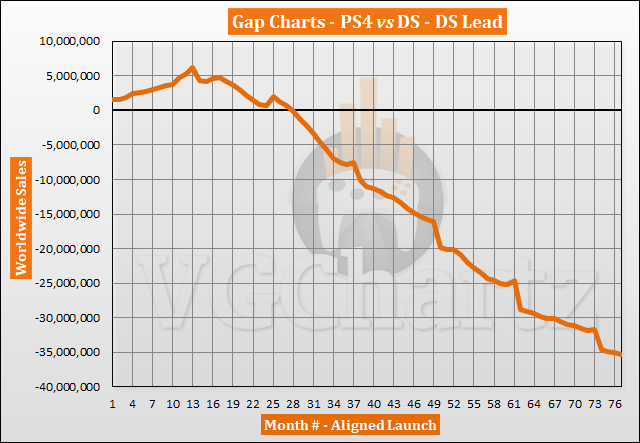 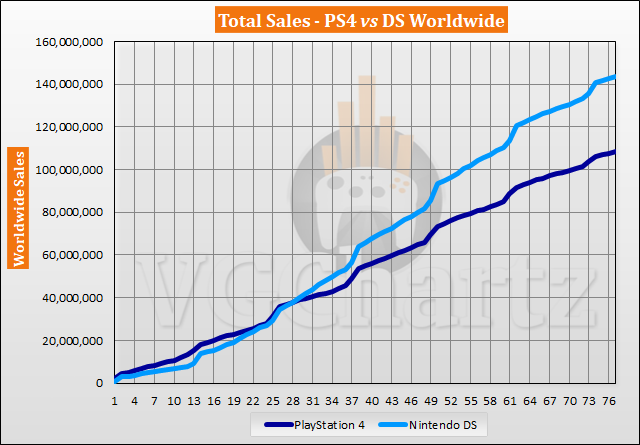 The 77th month on sale for the PlayStation 4 is March, while for the Nintendo DS it is March 2011.

So following this trend, i think it's safe to say there might be around max 10 millions left for that PS4. I think 115-120 millions will be it. Which is a stellar performance.

PS4 is about 10 million behind the Game Boy, which sold 118.69 million lifetime. PS2 and DS over 150 million is likely out of reach. Unless Sony really messes up the PS5 launch like they did with the PS3.

I think it should be more than that, I wouldn't rule out the PS4 going up to 130Mil when all said and done. Playstation consoles are know to have incredibly long lifespans even after their successors come out, the PS2 was at 110Million when the PS3 released and it managed to sell another 45 Million units even after the PS3 released. I know the PS2 sales mightve been somewhat inflated thanks to the disaster of the PS3 launch, but even if the PS4's sales aren't that inflated it should still sell for years after the PS5 launches

@javi741 but how many did PS3 sell in 2015 even? I don't remember it selling all that much. I would say 130mil is the max roof of the PS4, unless don't messed up pe5 monumentally

The console is still pulling 150k+ with a price tag of $299/399. Once they lower the price for good the sales will continue.

One thing that may bolster the PS4 post PS5 launch is if Sony matches MS with PS5 upgrades for crossgen PS4 titles.

Weren't the sales figures for the week ending April 11th supposed to come out today?

It's a shame because PS4 could actually be higher but Sony is to stingy to drop the price. They are going to have to once PS5 hits anyways.

Agreed. If they dropped the price to $199 sales would pick up a lot. But it looks like they care about profits now versus potential profits by selling more consoles and seeing how many get PS Plus and buy more games.

By stingy do you mean logical businessmen? Their objective is to make money not sell the most consoles. While we may be interested in seeing if it outsells the DS, Sony really doesn't care. As for PSPlus and such, I'm sure Sony has much more data on how much they can expect late adopters to spend on those things and has determined that the additional sales are not going to offset the price drop.