Shinsekai: Into The Depths (NS) - Review

It's always refreshing to see a video game giant turn out a modest, experimental game. For publisher Capcom one such game is Shinsekai: Into the Depths, an underwater 2D Metroidvania title rich in environmental storytelling, ambient sound, and action-survival gameplay. Smaller in scale and budget than many marquee Capcom titles, Shinsekai is a unique, memorable experience that punches well above its weight—despite some tedious resource collection and clunky combat.

The story in Shinsekai is purposefully vague. It follows a lone undersea diver, thrown from a makeshift underwater home by a wall of encroaching ice. Soon the diver is off to explore the ocean depths, discover strange underwater life—both organic and mechanical—and reveal the fate of humanity. 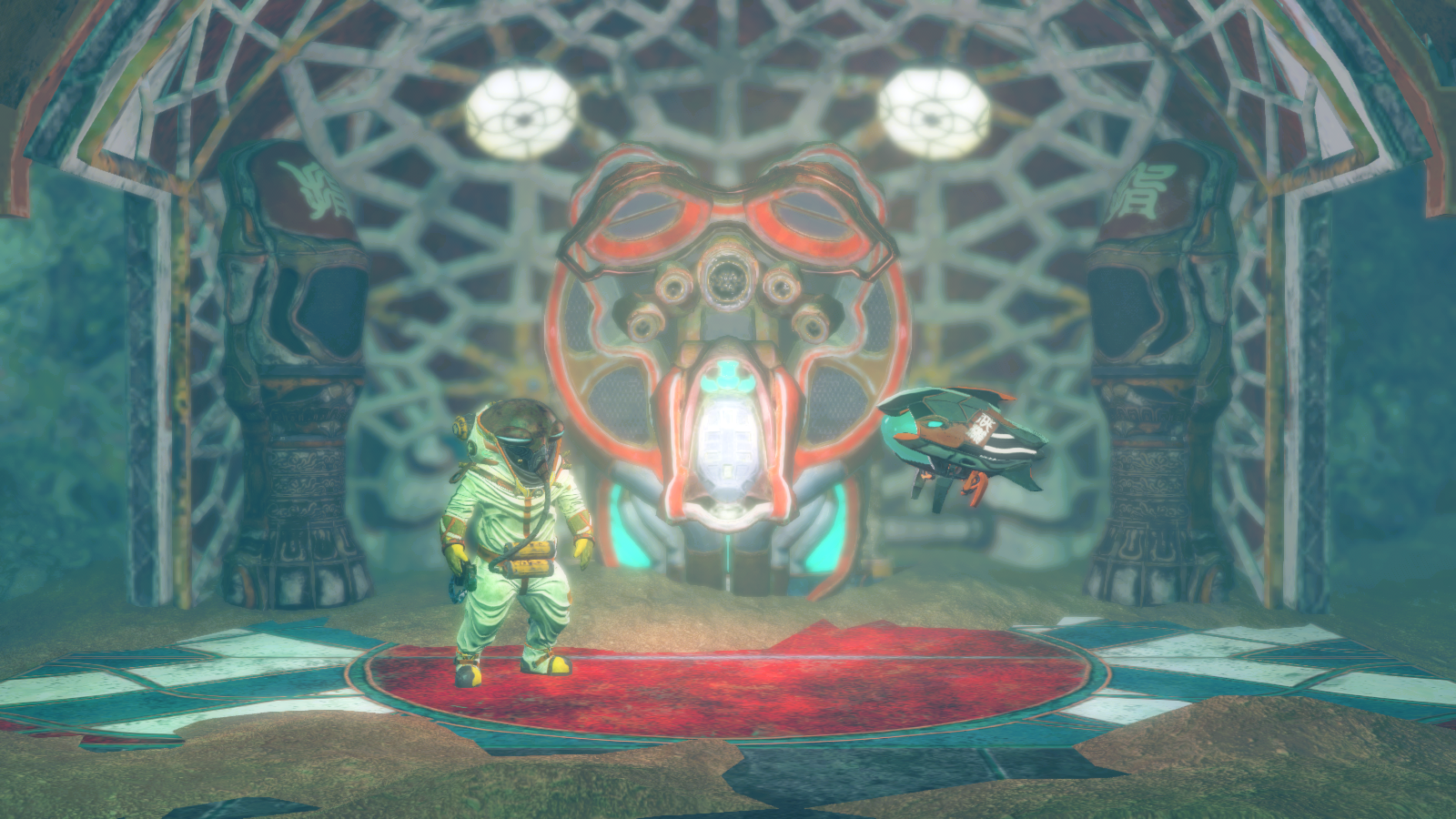 Without any narration, dialogue, or direct storytelling of any kind, Shinsekai relies solely on visual hints and pictures to tell its story. It makes for an enjoyable slow-burn mystery where the nameless diver steadily uncovers clues and peels back layers until the extraordinary truth is revealed in the final chapter. With several twists and multiple endings, the story in Shinsekai is one of its best features.

Another great feature? A strong sense of progression. As you explore horizontally across several unique biomes—a ship graveyard and underwater volcano among them—you'll come across several suit upgrades that increase your pressure resistance and allow you to dive deeper, vertically, into the abyss. There's a great sense of satisfaction every time the red layer of water that marks dangerous territory drops several fathoms, opening up new wildlife, materials, and secrets. In general, Shinsekai excels in exploration. You'll find and catalog strange-looking animals, mine the ocean walls for crafting materials, obtain new tools, and even discover a few collectibles hidden from view. 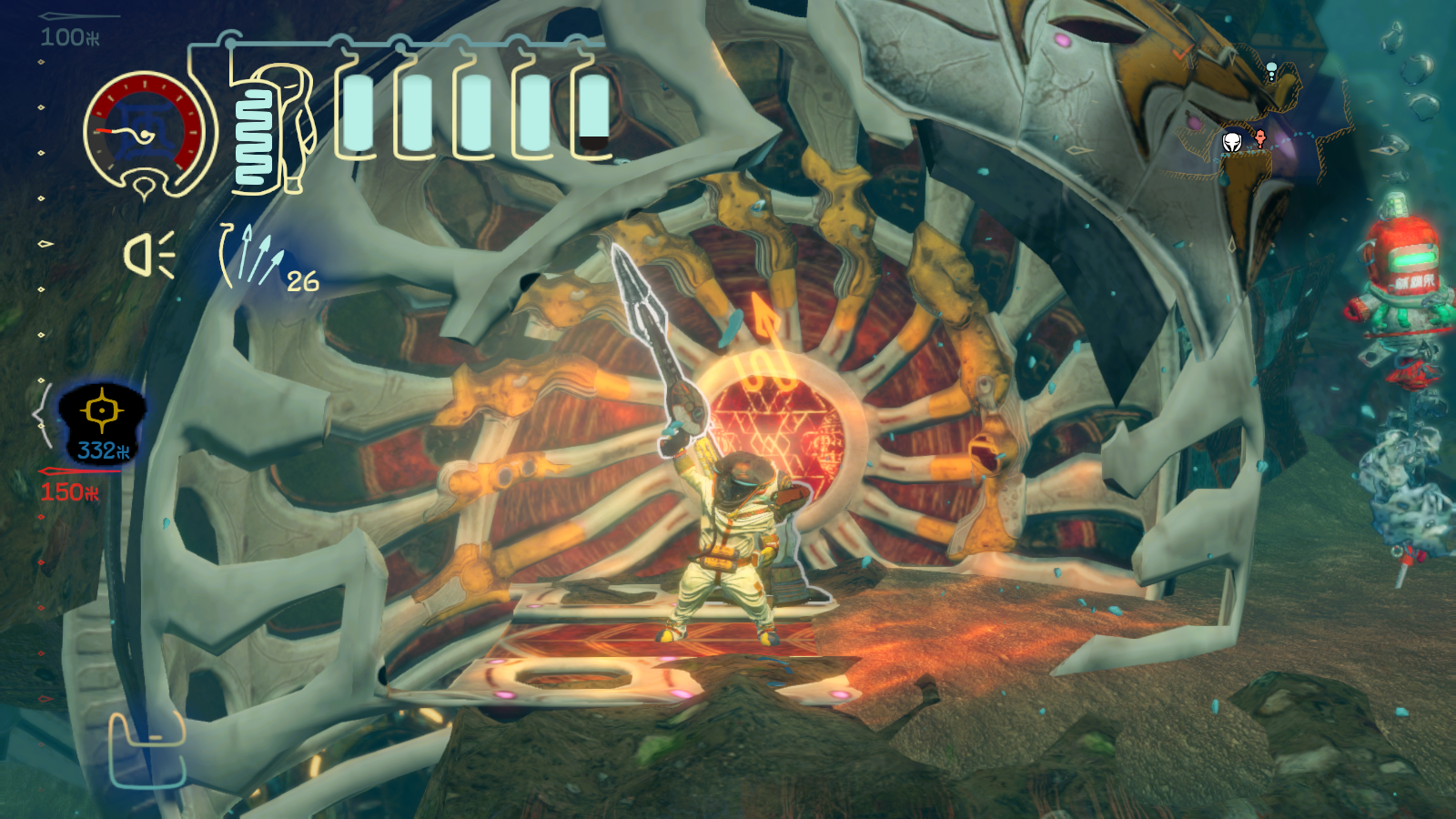 Collecting material caches and then crafting upgrades, ammunition, and items is a satisfying loop, but the game at times can throw too many opportunities at the player. Chipping away at a wall or floor turns tedious after a while, especially because you'll need to sift through a lot of unnecessary materials before your find the rarer, more valuable ones.

Materials are ultimately an essential part of the experience, however, due to its focus on survival gameplay. Shinsekai is a good Metroidvania title, but an ever better survival game, thanks to its claustrophobic undersea setting and the constant fear of death—by hostile sea life, asphyxiation, rock slide, or even a rough fall. Players will need to maintain a steady supply of oxygen, watch for encroaching ice, and keep a safe distance from goblin sharks, moray eels, and much worse. Failure comes in many ways—in fact there are in-game achievements for each method of untimely death—so you'll need to be careful, smart, and observant. 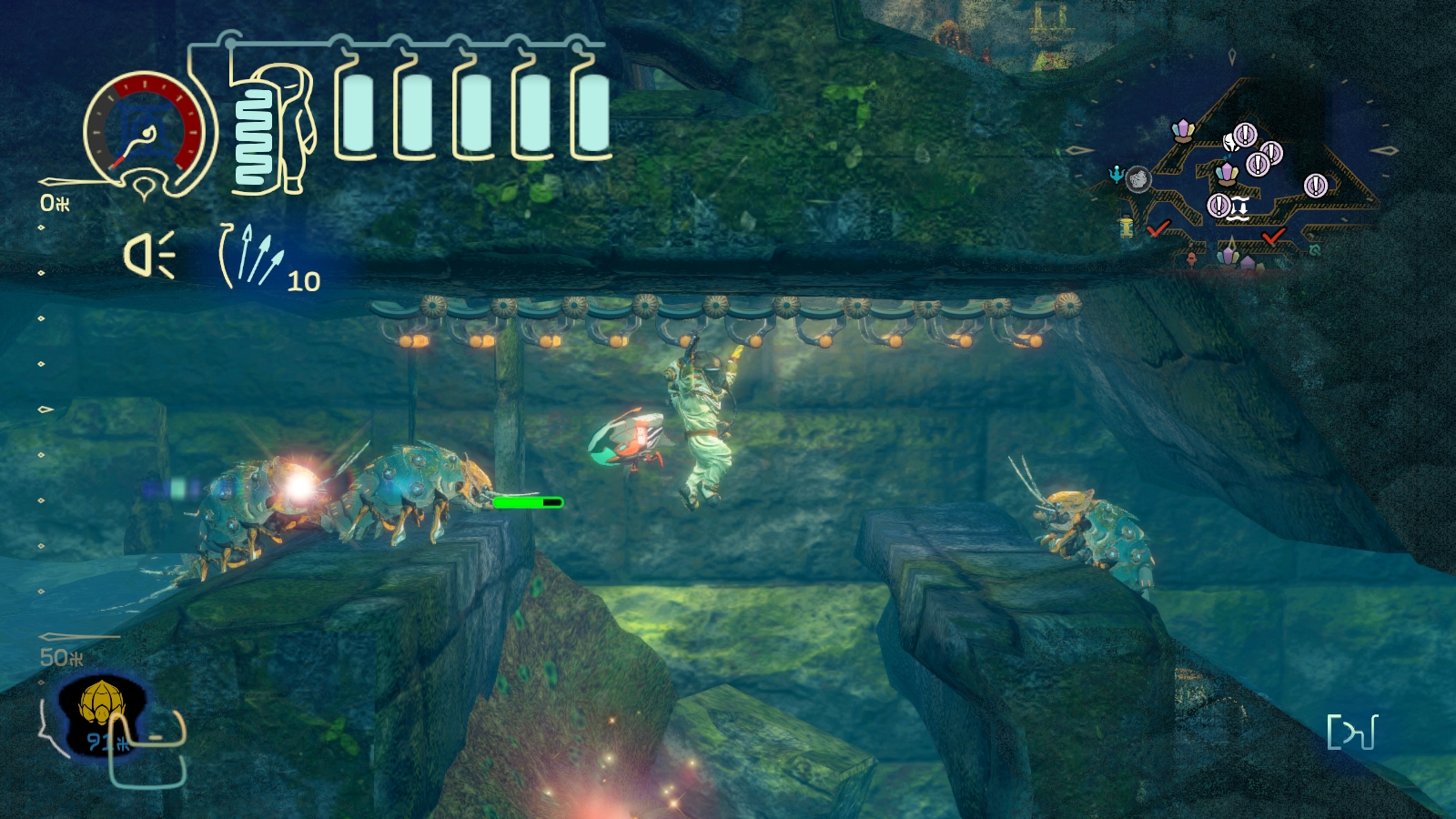 You'll also need to master the atypical underwater controls, which are heavy and sluggish by design. The heroic diver can trudge across the sea floor, climb on rock walls and across handholds and, most importantly, use oxygen as a jet pack of sorts to fly through each sub-aquatic area.

Those weighty controls, which serve the game's exploration and resource-gathering aspects well, turn a tad clunky in combat situations. Weighed down by the physical realities of underwater locomotion and equipped with slow-moving weapons, it's easy for the diver to be surrounded by more agile predators. Luckily, outside of a few massive boss fights, fighting is incidental to the proceedings.

What's absolutely integral is the game's sound design. Even without noise, Shinsekai is one of the more atmospheric games you'll play on Switch this year. Yet the development team at Capcom went above and beyond to provide an immersive soundscape. The developers actually re-recorded music and sound effects played through submerged speakers to capture the sensation of being underwater.
For audiophiles, this Switch port goes one step further with "Jukebox Mode", which allows players to listen to their favorite background music at any time, and remix each song with several audio filters, including undersea depth. Also new to the Switch version is a rogue-like mode called "Another Dive", unlocked once you finish the main campaign. Here the diver must descend as quickly as possible through a vertical maze filled with dangerous enemies and scarce resources. 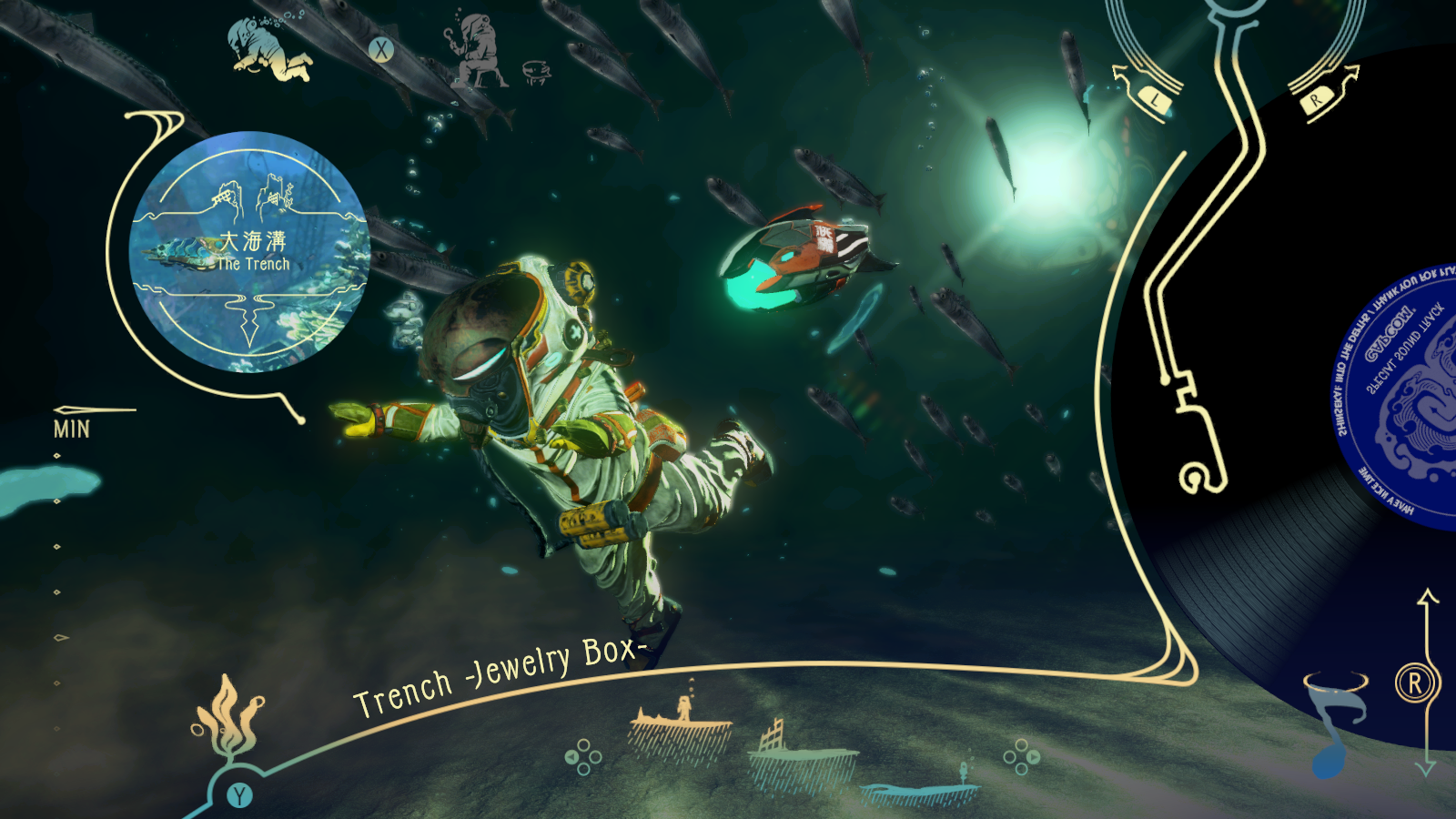 Graphically, Shinsekai is a bit of a paradox. Some of its textures and models are a bit rough and unrefined yet at the same time enchanting in an otherworldly sort of way. This is a game where style and production design overrule any technical limitations.
Shinsekai obviously doesn't have the cachet of Capcom properties like Resident Evil or Devil May Cry, but it's a worthwhile product regardless. Combat is cumbersome and resource gathering tedious at times, but successes in environmental storytelling, ambient sound, survival gameplay, and character progression help mask those flaws.

This review is based on a digital copy of Shinsekai: Into the Depths for the NS, provided by the publisher.

I'm interested in this game, thanks for the review!

Shinsekai: Into the Depths

Shinsekai: Into the Depths