Mario Kart 8 Deluxe (NS) has retaken the top spot on the French charts in week 6, 2020, according to SELL. Dragon Ball Z: Kakarot drops to second place after three weeks at the top. The rest of the top five are for the Nintendo Switch. 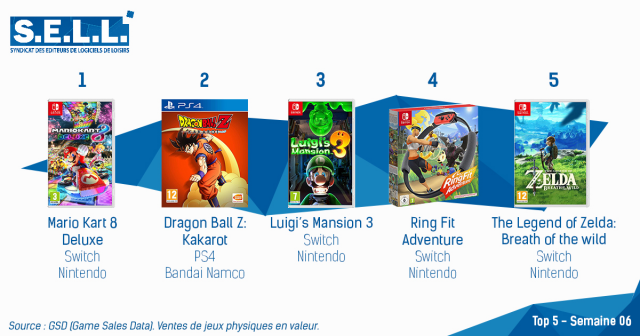