Dragon Ball Z: Kakarot (PS4) has remained at the top spot on the French charts in week 4, 2020, according to SELL. The rest of the top five are all for the Nintendo Switch. 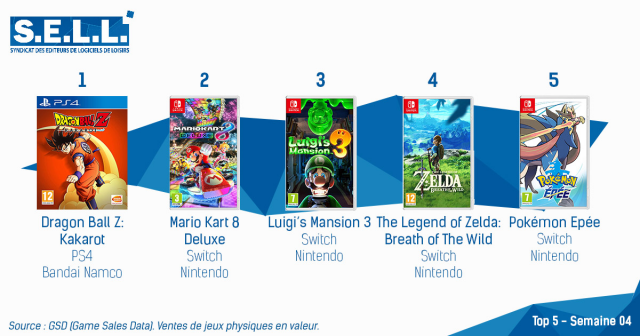 The power of the Saiyans!!!!