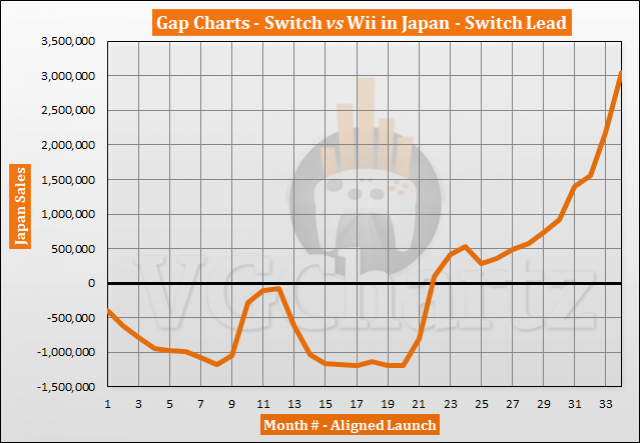 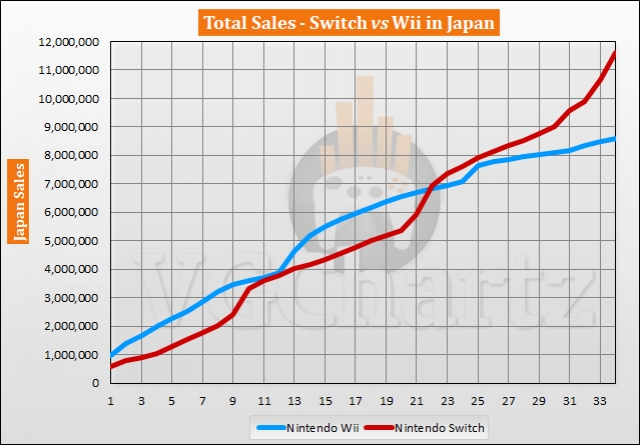 December 2019 is the 34th month that the Nintendo Switch has been available for. During the latest month the Switch increased its lead over the Wii by 861,348 units and by 2.95 million units in the last 12 months. The Switch is currently ahead of the Wii by 3.04 million units.

Summer? It will be much sooner.

Weekly baseline should be about 70K. Switch should need about another 15 weeks / 4 months to outsell Wii lifetime sales. So I think in June it is all said and done.

At an average of 50k, it would take about 23 weeks, so early summer. This is the minimum Switch should be able to achieve, hence why I said it will be done by summer. At a higher weekly sales rate of course, it will be faster.

Japan is what is helping the switch keep up with the wii world wide. Big advantage in japan over the switch.

Why compare a home console with a handheld?

I give you a thumb + because you had already -2 and I think this system is stupid and pathetic, but so was your question too.

Maybe because it's not a handheld? Just a thought.

What is Switch?? has a screen and a battery... how many games are incompatible with Switch Lite? 3 4?!

As i'm sure you are aware, it also connects to the tv. The ps4 controller has a screen, so does that make it a handheld? The Switch is a H-Y-B-R-I-D, therefore it is equal parts home console and handheld. I'm not sure why that's so hard to understand?