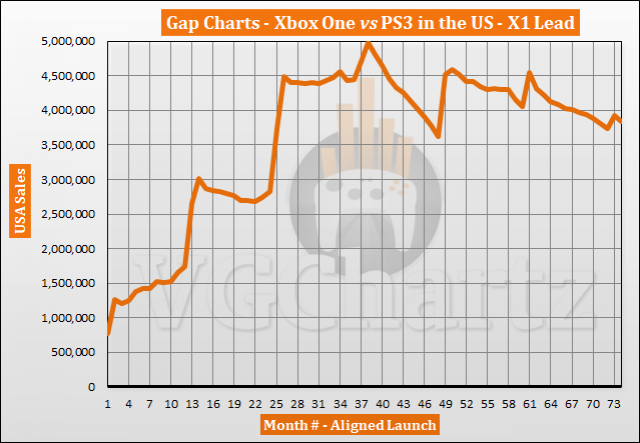 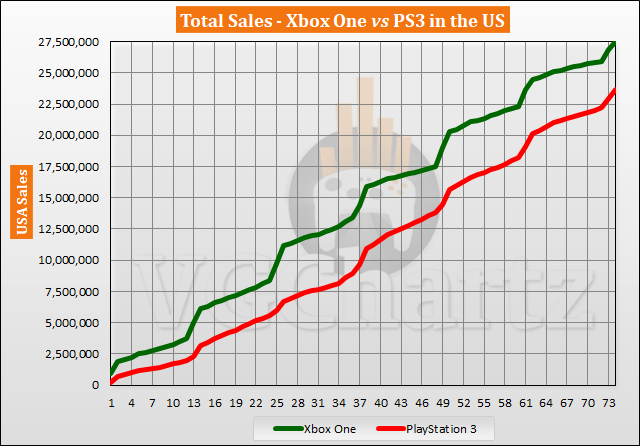 The PS3 sold 26.99 million units lifetime in the US, which means in its 74th month on sale the Xbox One has outsold the lifetime sales of the PS3 in the US.

Well, that's all she wrote. Interesting comparison while it lasted though. Even in its weakened state Xbox did better in the US this gen than Playstation did last gen.

December is when the Xbox One outsold the PS3. Now that it is ahead I won't be doing this anymore.

Oh ok i must have missed that, i thought this was a new comparation.

Why? We can see the next 2-3 years how PS3 will be closing the difference, even though xbox will win. Just to see how close the chart will come and the drop that it will have. Continue doing it.