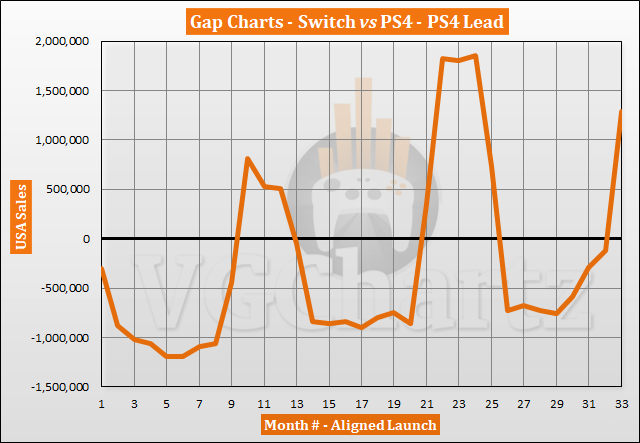 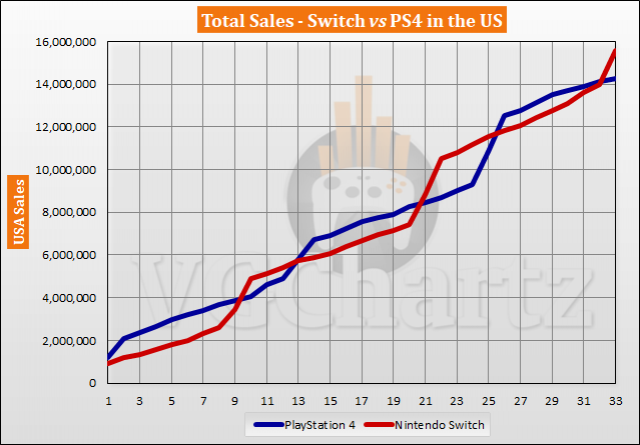 PS4 will sell about 3.4 million during the next 5 Month in the US ending up at 17.66 million after month 38, which is december 2016 (and april 2020 for switch). Switch only needs 2.1 million to surpass that number and it maybe already will do it just alone during december 2019. Switch needs to get to 23 million before month 50 (december 2017 for PS4, april 2021 for switch) to keep the lead. Assuming it sells about 2 million in december 2019, it just needs about 5.5 million more units until april 2021 and that should be clearly doable. Switch sold about 5 million units from january 2019 to november 2019, which - still assuming 2 million in december 2019 - will result in about 7 million units in 2019. So Switch will stay ahead for a longer time now.

The only question is how the next gen consoles will affect things, and if and when Nintendo will make an upgraded SKU or an entirely new model.

Pretty close, and the Switch will almost surely outsell it in Japan. I guess if the PS4 wins it will be because of Europe and the vague rest of the world.