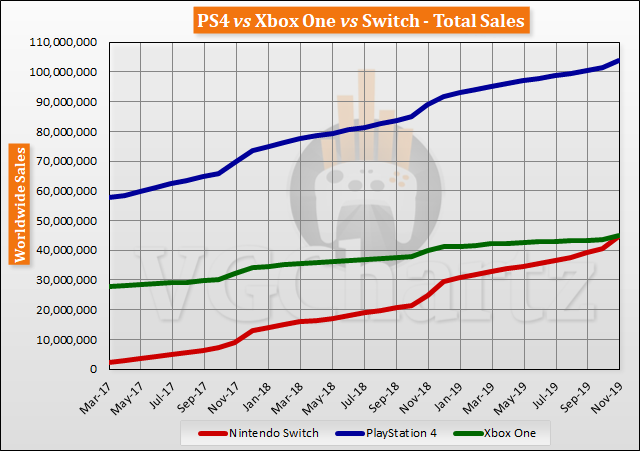 Looking at the total sales of the PlayStation 4, Xbox One, and Switch through November 2019 shows the Nintendo Switch closing the gap with the Xbox One on a monthly basis and is now less than half a million away. 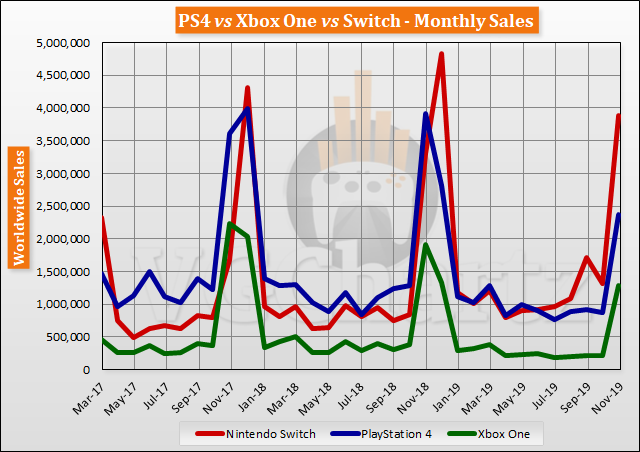 As a side note November 2018 included Cyber Monday, while this year it took place in December. Therefore, the holiday season is one week shorter in 2019 than it was in 2018.

Taking a look at the marketshare, the Switch managed to achieve 52 percent of the monthly sales. The PlayStation 4 accounted for 31 percent of the consoles sold, and the Xbox One 17 percent.