Pokemon Sword and Shield (NS) has debuted in first and second, respectively, on the French charts in week 46, 2019, according to SELL. The double pack debuted in fourth place. Star Wars Jedi: Fallen Order (PS4) debuted in third place. 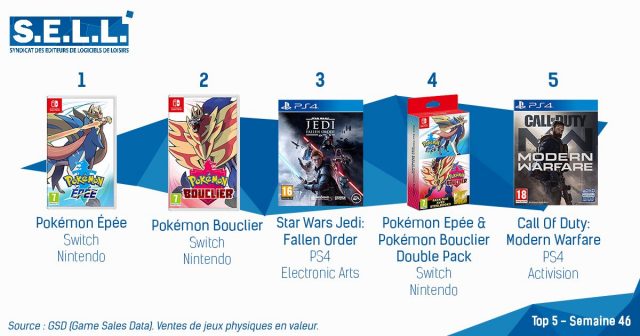