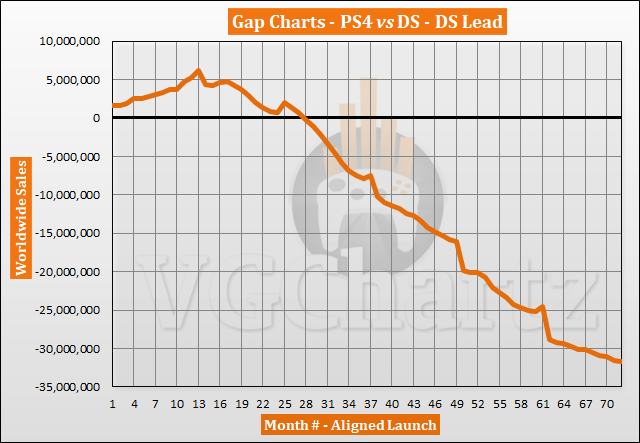 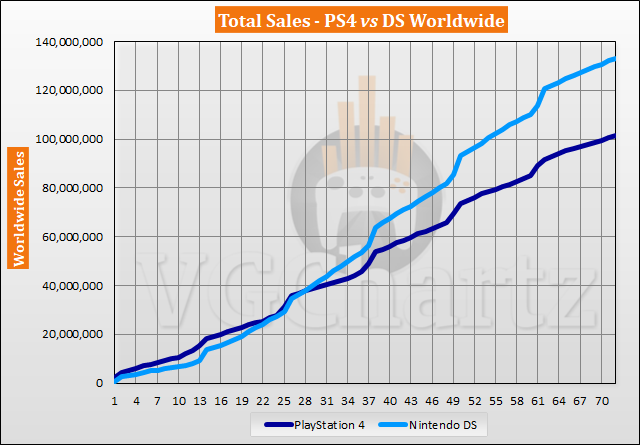 Which month of the DS was the 3DS release?

Yeah, I was aware that sales crashed and burned after that release, hence the question.

So starting early next year, the PS4 will have a spot at catching up a tiny little bit

Very interested to see how close PS4 gets lifetime, I still expect it to land in the 130-140 million range when all's said and done

That range is too optimistic in light of Sony's recent downward revisions. They had shipped 96.8m by March 2019 and they forecast 13.5m more by March 2020, so a total of 110.3m. The imminent launch of the PS5 will take the spotlight away from the PS4, so shipments should be expected to fall below 10m for the fiscal year, resulting in a total of less than 120m by March 2021. From there on out it will be a challenge to add another 10m to the final total, so 130m should be the high end of a predicted range, not the low end.