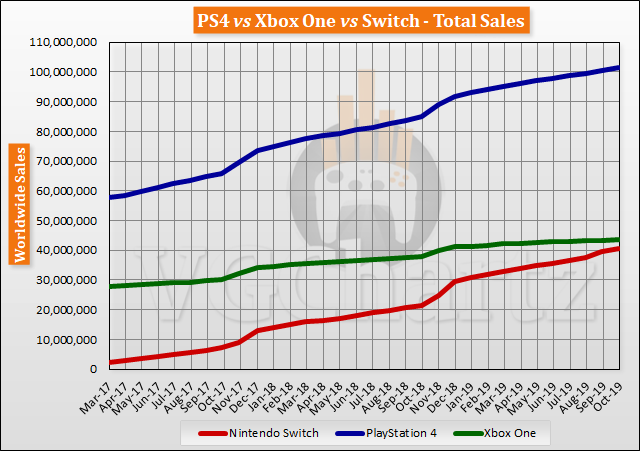 Looking at the total sales of the PlayStation 4, Xbox One, and Switch through October 2019 shows the Nintendo Switch closing the gap with the Xbox One on a monthly basis and is now less than three million units behind. 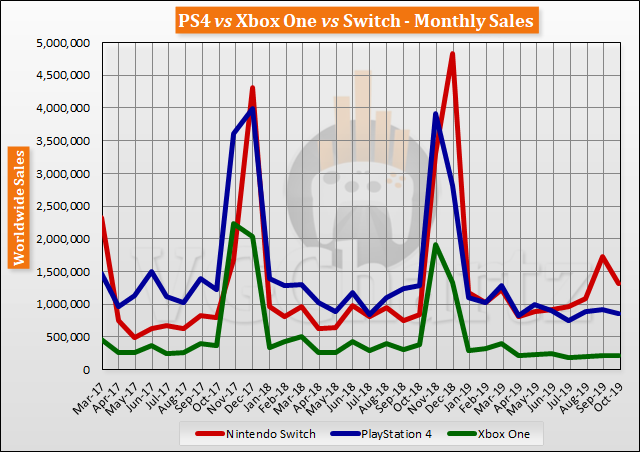 Taking a look at the marketshare, the Switch managed to achieve 55 percent of the monthly sales. The PlayStation 4 accounted for 36 percent of the consoles sold, and the Xbox One just nine percent.

Visually I believe that there is a mistake with the first graph. The slop of the Switch should be more intense (~1,7 times), but it has the same angle as the PS4.

Their sales graphs look similar because they sold similarly well. But if you just look at the last holiday season for instance, you can see a clear difference between Switch and PS4

I agree with bofferbraur, there definitely is a noticeable difference, it's just subtle. But its definitely there. It does have a slightly sharper angle at the end.

Talk about briding a gap.