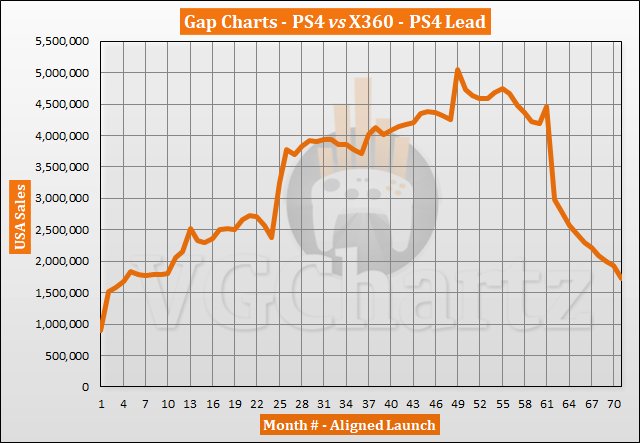 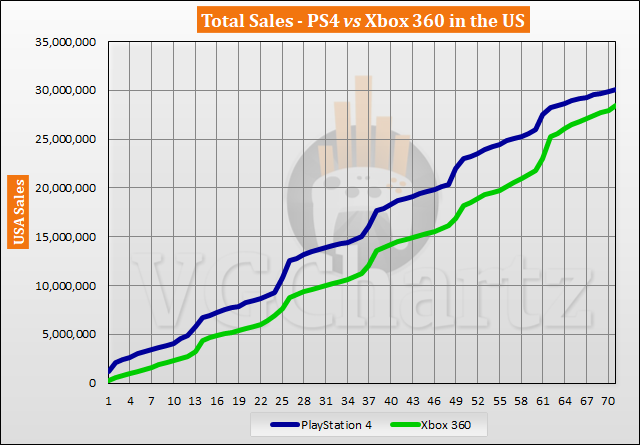 PS4 is a true Xbox 360 successor in the United States

Half of the lead erased in just one year, wow! Kinect really pulled it's weight back then

The Kinect extended the life of the 360 and likely added 10-20m in lifetime sales.

Don't think it was Kinect driving XB360 sales. Instead the "slim" model of the XB360 is when they finally lost the RRoD stigma, which launched in 2010. The slim model corresponds to the above sales boost. Gamers living in the US know that there was a lot more passion for the XB360 than the PS3 even in the early years of the system. The main thing holding back its sales was the RRoD. Once that stigma was gone, sales took off.

Whoa there, I didn't realize the gap was NARROWING.

The cross is coming...

The playstation 4 didn't sell that well in the u.s., a lot of people don't realize how heavily europe focused the sales have been, and the additional countries that it has been sold in leading to more overall, but actually less in the main markets than you'd expect