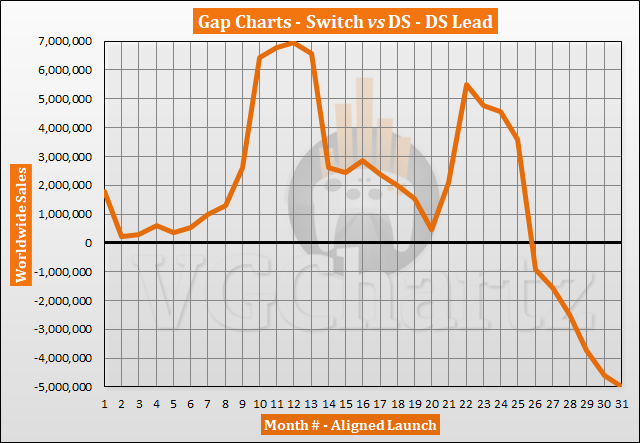 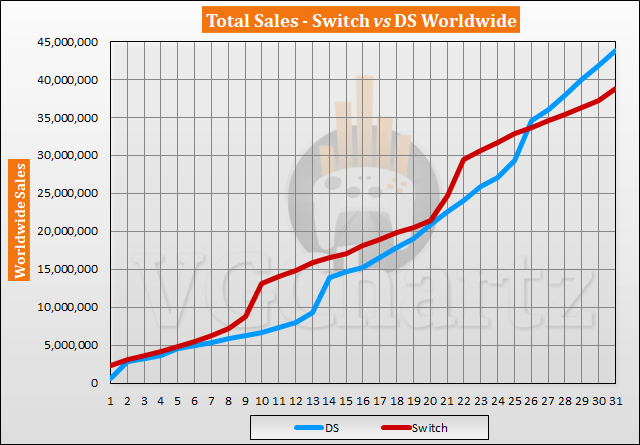 September 2019 is the 31st month that the Nintendo Switch has been available for. During the latest month the gap grew in favor of the DS by 370,483 units when compared to the Switch during the same timeframe. In the last 12 months the DS has outsold the Switch by 6.53 million units. The DS leads by 4.99 million units.

The DS has entered beast mode. It's only a matter of time now to see how much of a gap is the DS able to create between the two consoles, I doubt the Switch will have a longer lifespan than the DS.

Woah, DS momentum is so crazy that christmas barely registered.