Joker debuted in first on the Domestic Weekend Box Office charts earning $93.5 million, according to Box Office Mojo for the weekend of October 4 to 6. It is the largest October domestic opening ever, beating out the $80.25 million earned from Venom last year.

Joker is also the fourth largest domestic opening ever for an R-rated film and is just shy of only the fourth R-rated movie to ever open with $100+ million. 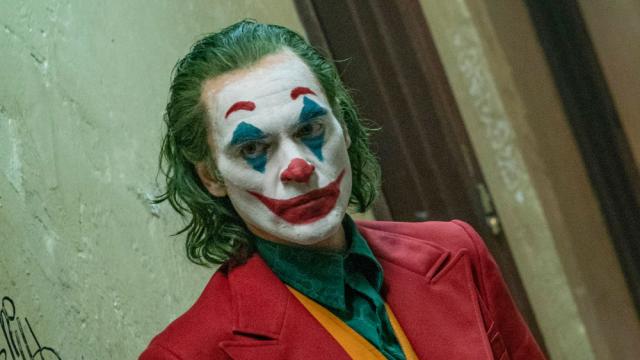 Absolutely deserved. The movie is fantastic and Joaquin Phoenix' acting is superb. It is this generation's Silence of the Lambs or American Psycho.

Well that's a pleasant surprise. Wasn't sure if the more artsy film style and depressing subject matter would be too niche.

This is awesome and all but man...I was really hoping for that 100+ million opening (heck, Deadpool did it without and trash talk from the media). Perhaps the media did come into play with this for fuck's sake. It's amazing it did this well at all. But hey, it already made its money back in one week so all is well. This should shut the media up for a bit.

Hopefully it doesn't fall off too much next week and makes a nice $500 million altogether.

The best advertisement this movie could get was the tears of the SJWs and the woke media bashing it.

So, box office news on VGC is a thing?

Yeah, it's a bit weird. At least Joker has appeared in a lot of video games. The last Box Office article on here was about Downton Abbey. lmao

@mZuzek - Would you complain if it were box office numbers from your one and only Disney/Marvel?

I'm not complaining, I just think it's weird. I'd be equally weirded out by it if it were Marvel box office numbers, VGC just isn't the place I go to to check those numbers. Point in case is, movie sales are off-topic here, so it's strange that there's news on that.