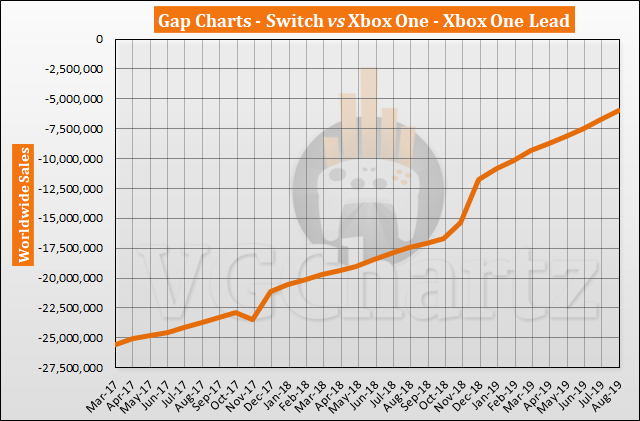 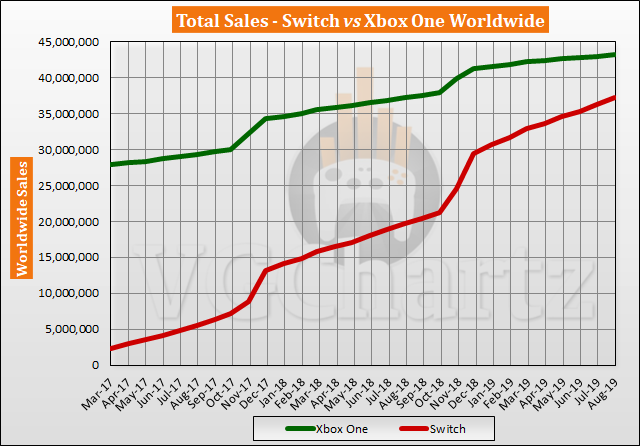 Should be done over the holiday period.

Yep, there is no doubt about it unless MS starts some totally crazy deal for holiday season.

In just the three weeks of September posted so far, that 6 million lead has crumbled to 5.1 million. The gap is closing faster and faster.

The charts on the main page have Switch at 38.3 million. Why are these numbers lower?