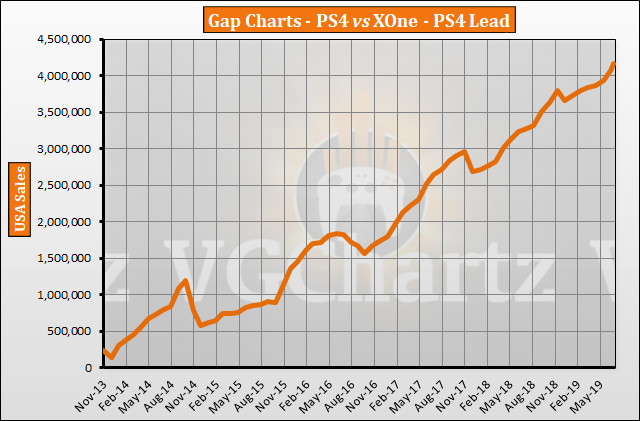 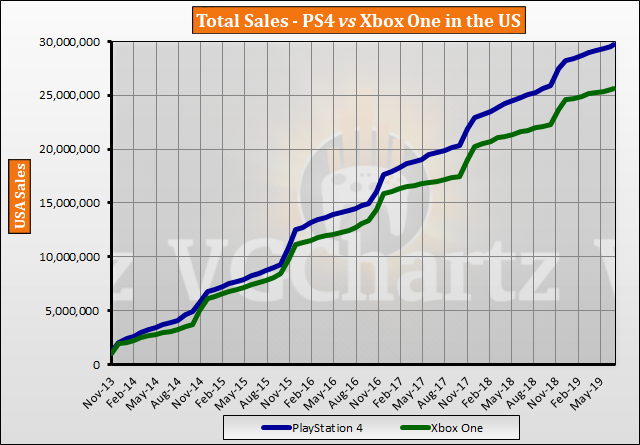 I still occasionally see comments on other sites claiming that XB1 is kicking PS4’s ass in the US. Hmm..

Considering that the Switch seems to kick the PS4's ass launch-aligned in the US, it looks like the XBO will be on the last spot even in it's home region.

I would like to see PS4 vs Switch in US chart. I thought they were about on par up to this point. It’s not surprising that Switch is doing good though; it didn’t launch alongside a direct competitor, and Nintendo has basically shifted 100% of their game developing to it.

If you look up the articles from this site, as of April PS4 was firmly in the lead by over 1 million launch aligned in the US and that was before all the PS4 adjustments because it was so heavily under tracked. So as far as Switch kicking PS4's ass, you're very wrong in that aspect.

Yeah, my data was old, from the last holiday period of the Switch. Sorry for that.

Still, the lead of the PS4 is likely to crumble over the next years, as curiously enough the PS4 had it's best year in the US in 2015 already, mostly due to fantastic holiday sales that year. While the following years overall weren't too far behind, 500k less in a year will mean that the Switch will close the gap and overtake the PS4 unless it's sales are also slowing down - but there's no sign to it yet and the new base model and Lite should instead boost sales beyond last year's numbers.

@Bofferbrauer2 Please repair the hardware by date chart, it cannot select individual consoles and remove other like before ..

I'm not a mod or an admin here, might want to talk to somebody else, like Truckosaurus or Trunkswd for instance, they can get things done. But I agree that the chart is broken right now and needs fixing