Super Mario Maker 2 (NS) has topped the French charts in week 32, 2019, according to SELL. The entire top five best-selling games for the week are for the Nintendo Switch. 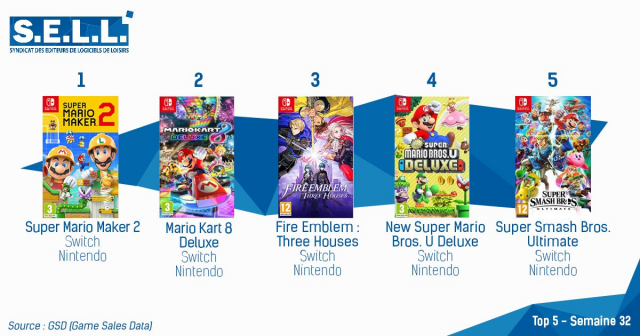 France appears to be the small bastion of Europe that is Nintendoland :O