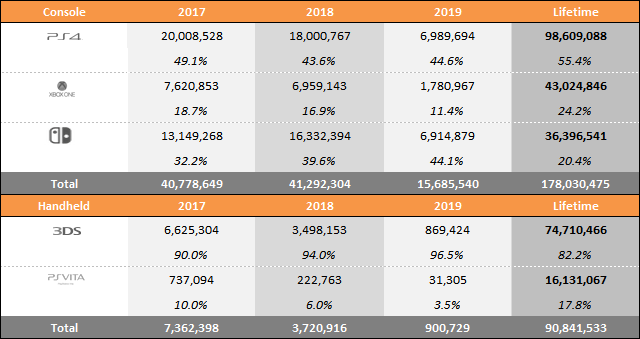 Nintendo's official number say that they've sold 36.87 million Switches before this date. Shouldn't the numbers be updated to reflect their official numbers?

Nntendo's numbers are shipped, not sold to consumers.

What makes you say that? Whenever I see their investor relations numbers it says sold.

Aren´t those shipment numbers though?