Super Mario Maker 2 (NS) has remained at the French charts in week 29, 2019, according to SELL. The entire top five list are all games for the Nintendo Switch. 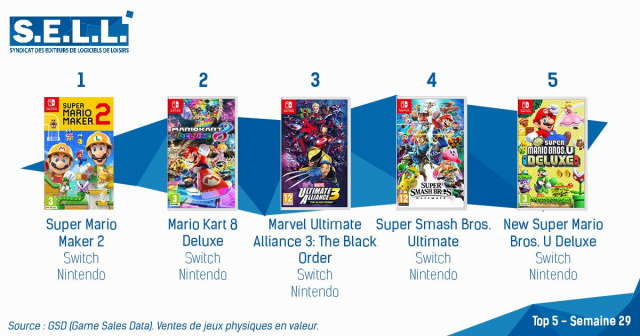 Knowing Europe's history with the Xbox, It's quite a surprise.