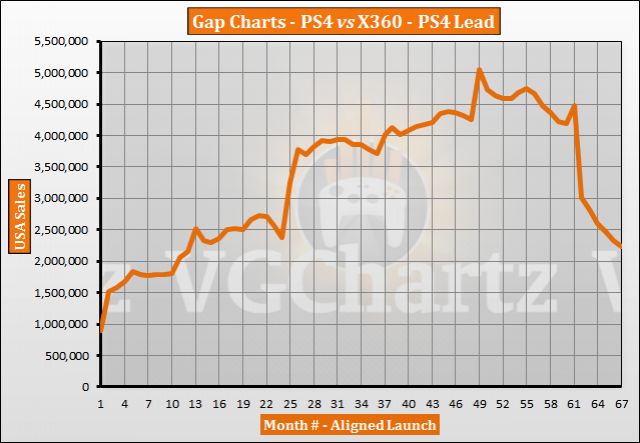 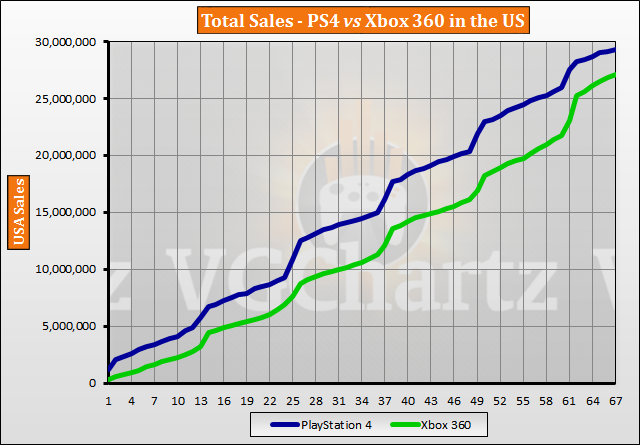 Finally .. the most wanted chart :D :D Let's keep it monthly now just like every other chart here .. this is interesting

Eventually the 360 will win out, with 45.14m sold lifetime in the US it would be very hard for PS4 to win. 360 spent a long 8 years on the market until it's successor released and also had a slow start.

what about PS3 vs Xbox One in USA ? please, it would be interesting

True, but if Sony does continue PS4 support well into next gen, like they claim, it could maintain the lead

Had no idea PS4 was actually leading here O.O

Over half of 360's were sold in the USA though, which is why even though the PS4 will go on to sell 50% more than the 360 globally, it'll still lose by quite a bit in the US.