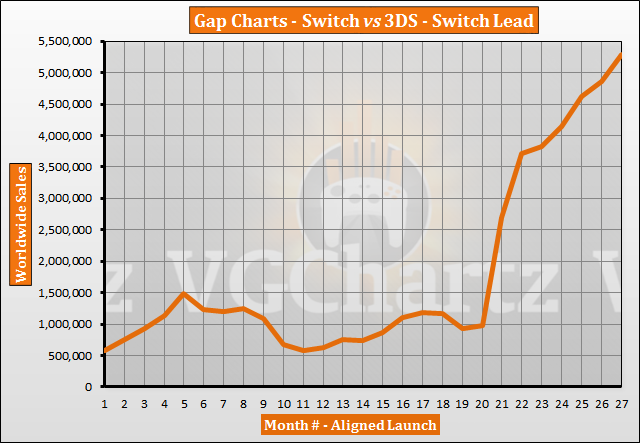 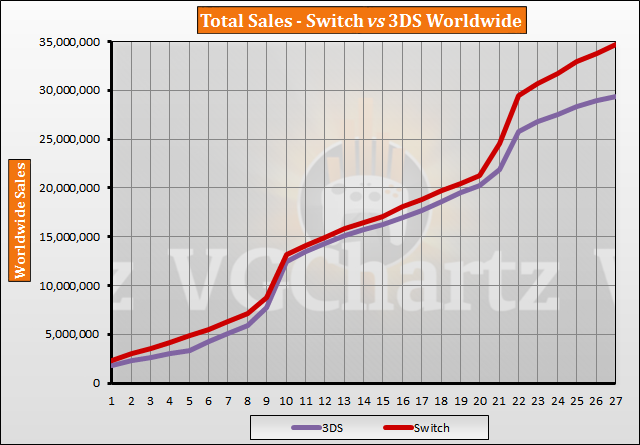 The 3DS launched in February 2011 (however, 3DS sales have been aligned to March 2011, since it only launched at the end of February in Japan), while the Nintendo Switch launched worldwide in March 2017. The Switch has sold 34.67 million units, while the 3DS sold 29.39 million units during the same timeframe.

I keep saying Switch got off to a slow start. Well here is the proof. Expect the Switch to leave the 3DS far, far behind.

Switch is the console with the best first 12 months in history. That's not a slow start by any means.

Well, if Switch were to sell like the DS did after a price cut for instance, then that could still be considered a slow start by comparison to later sales - but not as an absolute, you're totally right there.

It should be noted that a sale of one Switch is of far greater value than a sale of one 3DS. The Switch costs considerably more than 3DS for one thing. The main reason, though, is the significantly greater amount each user spends on software for the Switch than 3DS - both in terms of volume of software purchases and price of software.

inb4 someone comments that the Switch has not yet had a revision or a price drop.