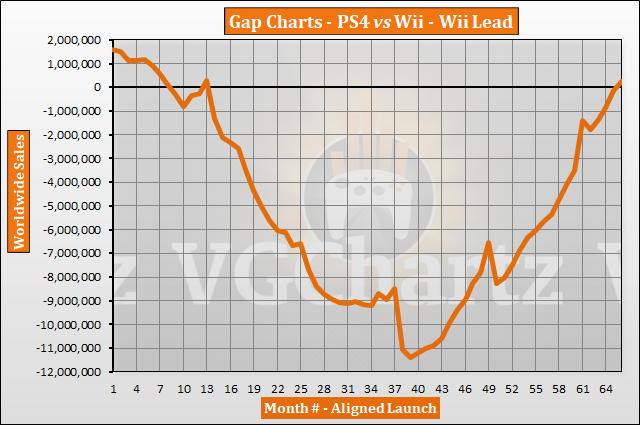 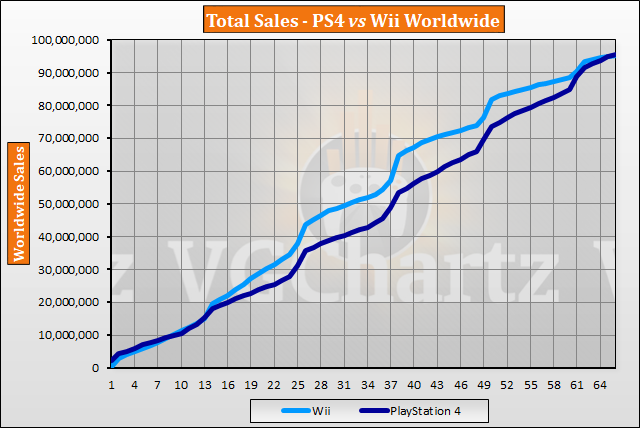 Awwww... The Wii put up a good fight. Good on Sony.

And quite a few people on this site claimed this would never happen. Congrats to Sony and PS4! Hopefully it is still on track to be the fastest home console to reach 100 million. They’ve got just over a month.

So it finally happened. And quite the accomplishment I might add, seeing at some point Wii was 11 million in front. Congrats Sony.

Wii had a very strong first half of the gen, and one of the best peak years of any hardware ever.

there is a lot of extreme snowflakes PS4 fanboys who would instantly vote you down if you wont praise there beloved system..

I'm a PS4 fanboy, but I think we have a lot of extremest here

@AbrahamHamdan - Eh, with that logic, the downvotes are from Nintendo fans. HylianSwordsman praised the fuck out of Sony with that comment. He even later said: "PS4 has been selling really well" ;)

I really don't think I got that downvoted without upsetting both fanbases, when I genuinely meant it as a compliment to both. This has been a long battle that we all knew the conclusion to. It was just a matter of how close things would be in the end, and boy did Wii hang on a lot longer than I thought it would. Like DialgaMarine said, Wii was frontloaded with its sales, not too much after its 5th or 6th year when 360 and PS3 sold millions more for another 3 or 4 years after that. Not enough to pass Wii, but their sales were less frontloaded. Meanwhile PS4 is about to get a successor announced either this year or next, for a release likely coming next year, and it only just passed Wii. That shows to me that front loaded or not, Wii put up a good fight.