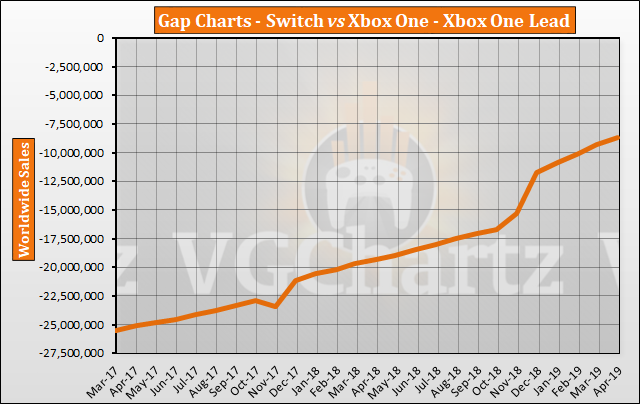 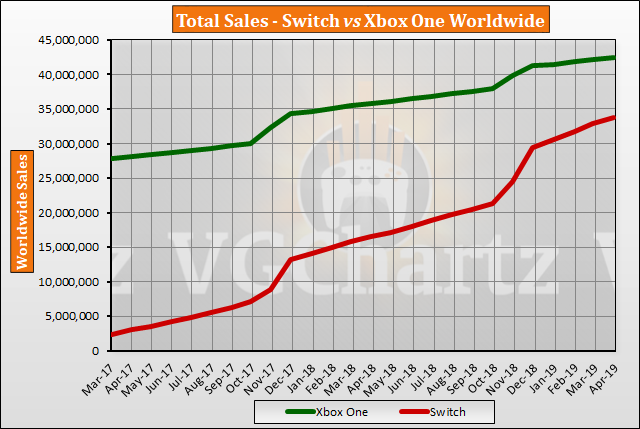 This year or next year? I think Switch will pass this year, but it's gonna be close for sure.

I go for next Year Q1. So before March 31st 2020. But this year wont happen. Switch would need to sell insane amounts for that.

This is what I originally was supposed to say. But then I found out XBone only sold around 5 Million WW in 2018. Its lead was about 12 Million (even though it rather was 11.5 Million) at the beginning of 2019.
If it sells another 5 Million this year it would mean Switch "only" has to sell 17 Million in 2019. And thats very possible.
It will be very very close, but Switch is able to outsell XBone this year unless XBone gets some unforeseeable boost, which actually no one really expects.