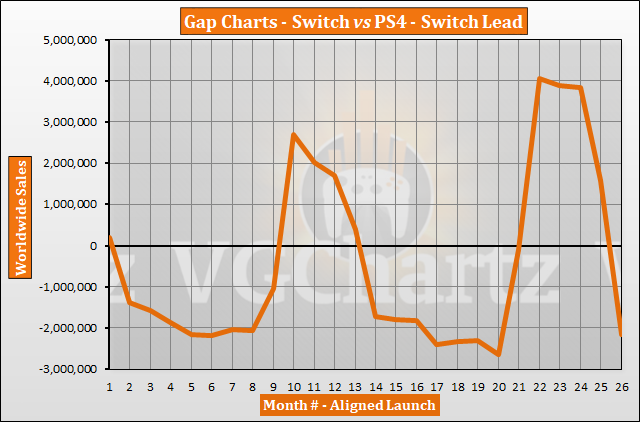 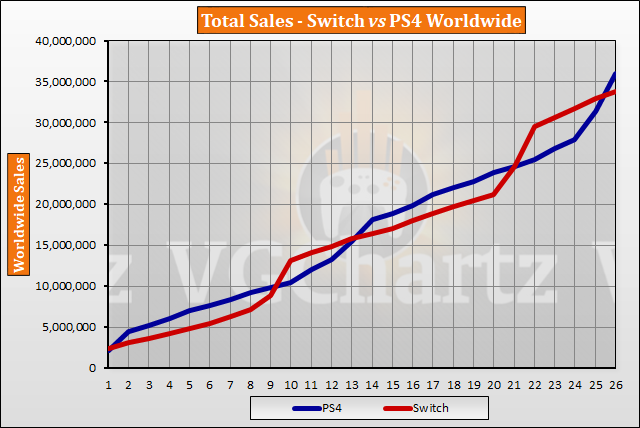 The 26th month on sale for the Nintendo Switch is April 2019, while for the PlayStation 4 it is December 2015.

2 Christmas for Switch versus 3 for PS4, all is normal, move away !

no. Eventually it is 2 vs 2,5. The first Christmas of the PS4 and the Wii was not real full one when we check the numbers.

I’m still far more interested in how well Switch does in the years following it’s peak. PS4 has had a very steady decrease YoY since 2017, and is doing very well, despite being on the market for almost 6 years now. I wonder if Switch will do the same

It'd be fun if the thing with the double helix went on for eternity !

Above graphic says "Switch lead", while PS4 leads. Anyways, now PS4 is again out of the holidays and it will be interesting how the normal momentum matches up in the year to follow. Last year PS4 had an ever so slightly better momentum. How will it be this year?

That is why the switch lead value is in the negatives. It is titled properly.

PS4 had a better holiday season than I expected. I think we have to wait some time until Switch takes the lead again, which should happen with Pokemon Sword/Shield at the latest this year.