"Japanese spirit, Western things". Compile Heart seems to this old Meiji-era saying and adopted it for itself. While Super Neptunia RPG was directed by producer Mizuno as always, the actual development of this 2D spin-off title was entrusted to the Canadian company Artisan. After some rather unconvincing Neptunia titles recently, Western inspiration was at the heart of trying to put the series back on track. 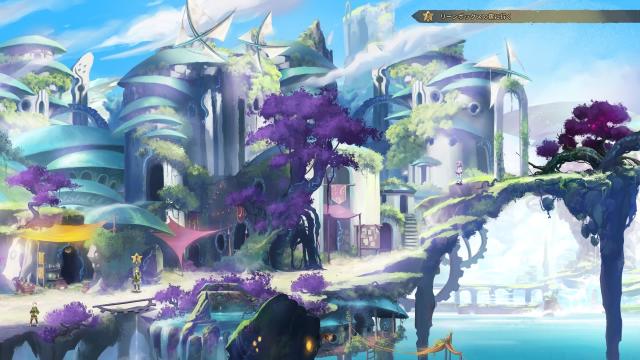 The first thing to catch your eye in Super Neptunia RPG is of course the artistic style. In a drastic change on what has come before, this Canadian Neptunia title displays quite elegant 2D backgrounds, much like the ones you can find in Child of Light, for example. Towns are richly designed (it's actually the first time the series has had physical towns to visit) and main characters boast nice 2D animations and clean modelling. So on a purely visual level the new formula is quite pleasant. It's also worth mentioning that the soundtrack has been completely renewed also, including themes closer to traditional JRPGs; it's much more akin to the soundtracks from Final Fantasy Tactics or Valkyria Chronicles, which underlines Artisan's love for golden age JRPGs.

But the effort has its limits. NPCs and interiors, for example, look blatantly the same. The new rival characters and bosses also felt very forgettable to me in their designs and personalities (they're quite bland compared to the hilarious foes of Hyperdimension Neptunia ReBirth2) and the voice acting for them also shows signs of weakness. Another aspect that may disappoint Neptunia fans is the inability to change the character you control on the map, something that had been a staple of the series so far; Noire fans like me will certainly be sad. 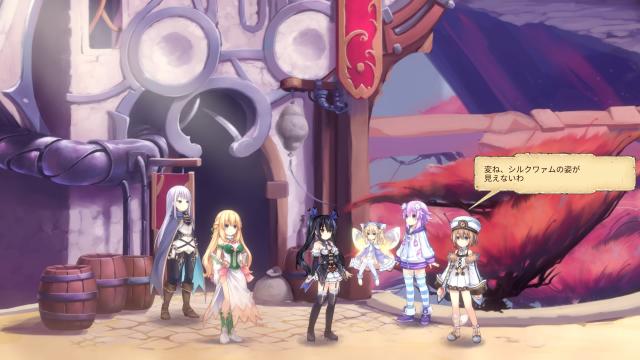 In Super Neptunia RPG, each of the four goddesses is amnesiac. Neptune wakes up in Lastation and finds the city run by a fishy organization called Silkworm. Fairly quickly, she meets Noire, Blanc, and Vert. The four of them must then cooperate in order to get rid of Silkworm and retrieve their memories. The good thing about the narrative set-up is that you can enjoy jokes and situations that harken back to the origins of the series, since the characters must re-discover one another. The dialog is as hilarious as it is in the original trilogy and traditional voice actresses like Rie Tanaka or Asami Imai deliver charming performances. Every side event is deliciously fun too, so here again Compile Heart has gone back to the basics of the series. 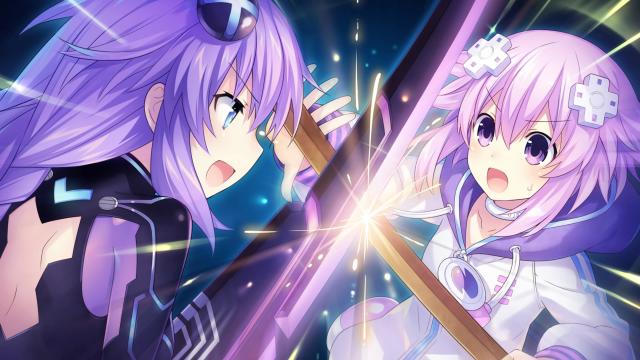 The core narrative in itself isn't bad either. Planeptune has vanished and the player uncovers the truth about the world's end at the same time as Neptune's party does. A lot of mysteries and surprises come up from time to time, so it's definitely enjoyable. Chrom, a new character introduced in this entry, also makes for a clever nod to Hyperdimension Neptunia ReBirth1. However, the game is only 20hours long. There are additional challenges for trophy hunters but it's definitely one of the shortest Neptunia titles to-date. 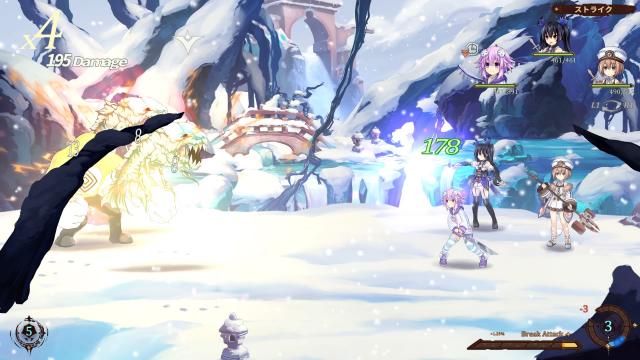 Super Neptunia RPG has often been compared to Valkyrie Profile for its pretty similar battle system. That said, those who are expecting a Valkyrie Profile in the Neptunia universe will have to significantly lower their expectations. Each character is set to one of the four Playstation buttons, just like in Square's acclaimed RPG, but the combat feeling has absolutely nothing in common with its ambitious inspiration. While assaults in Valkyrie Profile are always dynamic and punchy, Super Neptunia RPG has slow and rough gameplay. Sometimes it takes a few seconds between pressing the button and the actual move on the screen - and that's when enemies don't interrupt you, which sadly happens all the time. The lackluster 2D animations certainly don't save it either - 2D visuals means there's no reasonable excuse for mid-tier smartphone game rendering. This is a PS4 after all, and Super Neptunia RPG was priced 7000¥ at launch in Japan.

Such imprecise controls make the fighting tedious and let down the battle system as a whole, despite the best of intentions clearly being behind its structure. You can set abilities per button and per character; Neptune and the others can for example perform a physical attack on square, heal with triangle, or cast magic with circle. The R1 and L1 buttons are used to swap the character order clockwise and counterclockwise, respectively. If Noire is set on Square, she will move to triangle when you press R1, then on to circle by pressing the same button once more, and every party member changes position like that at the same time (swapping isn't exactly smooth though). Each character can therefore use various abilities, which means there are plenty of different strategies you can use. 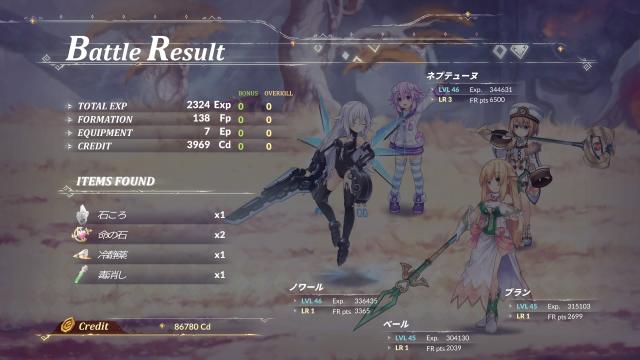 Strategies you won't probably need that much, unfortunately, given the very low difficulty setting chosen by Artisan. Clearing a few side quests is enough to make characters so strong that difficulty actually decreases  as you progress. Passive skills are earned like in Final Fantasy IX, that is to say by wearing new equipment. But here's the snag: some of those abilities are too advantageous and instantly break the gameplay balance. Auto Regen is one and, just like in Final Fantasy IX, it's much too efficient. Even the final boss wasn't able to deal enough damage to make the fight even remotely interesting... 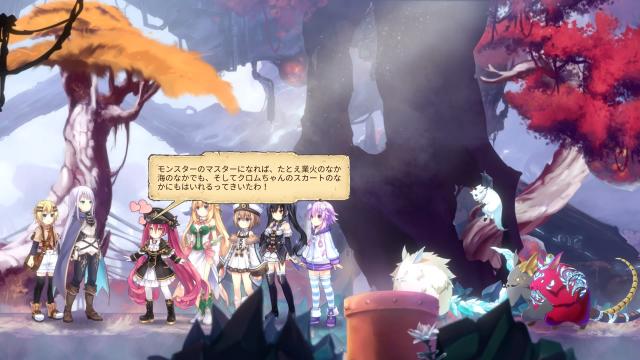 The long delays for Super Neptunia RPG aren't very surprising. The game clearly needed quite a bit of polishing, even after its official release in Japan in late December 2018. The framerate is unstable in battle and the camp menu lags horribly. Random bugs forced me to reboot the game twice, and some quests showed inaccurate or insufficient information. Compile Heart announced fixes to address some of these issues in late February, two months after the game hit shelves in Japan.

Technically shoddy, this latest Neptunia game is a short and fairly limited JRPG. From a narrative and artistic standpoint it's an enjoyable adventure, but Super Neptunia RPG unfortunately really lacks enticing gameplay. Long-time Neptunia fans who are seeking an experience that's closer to the first few games may forgive it its drawbacks, but even they're unlikely to be wholly satisfied by this spin-off.

This review was based on a Japanese retail version of the game. 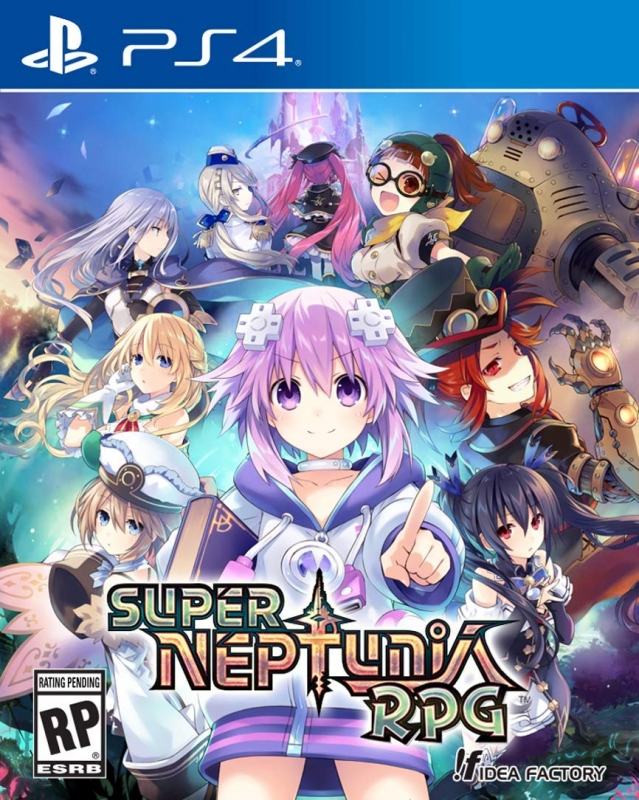