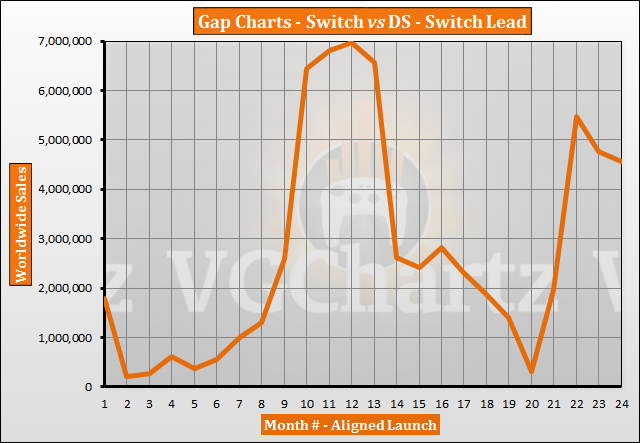 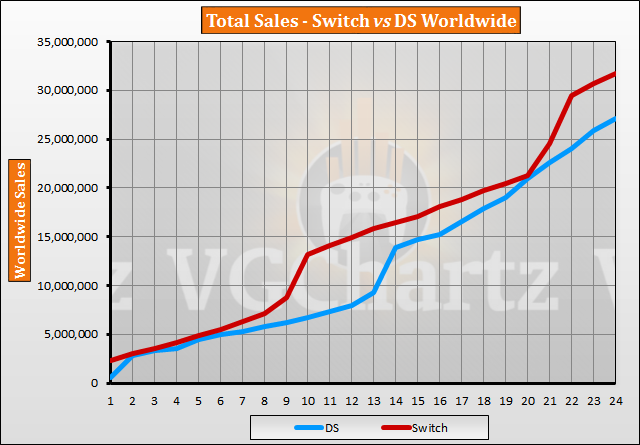 February 2019 is the 24th month that the Nintendo Switch has been available for. During the latest month the gap grew in favor of the DS by 203,170 units when compared to the Switch during the same timeframe. In the last 12 months the DS has caught up by 2.41 million units. The Switch is currently ahead of the DS by 4.56 million units.

Can the Switch keep the lead after the DS holiday season which is coming soon? I think... yes. But barely.

DS is turning on it's afterburners now. Unless the Switch is undertracked, I doubt it has any chance to resist the DS

And as we all know how the DS ends up, I doubt from this point on the Switch has a chance to reverse it and come back top.

I meant that the Switch can keep the lead until month 28. Of course I doubt it can win in the long run.

Expect the DS and Switch to keep trading first place for a couple of years. After that it should be obvious which is going to pull out the final victory. ;-)