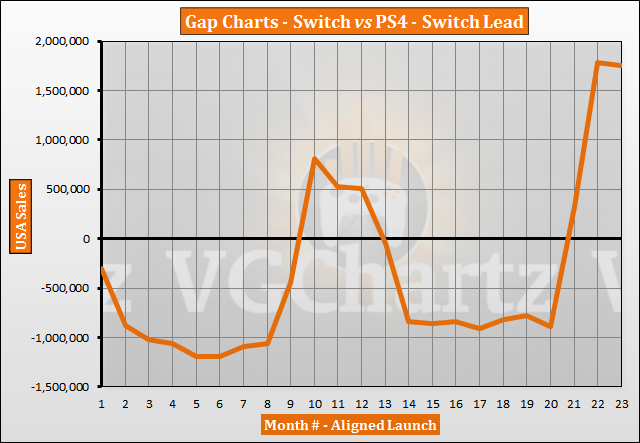 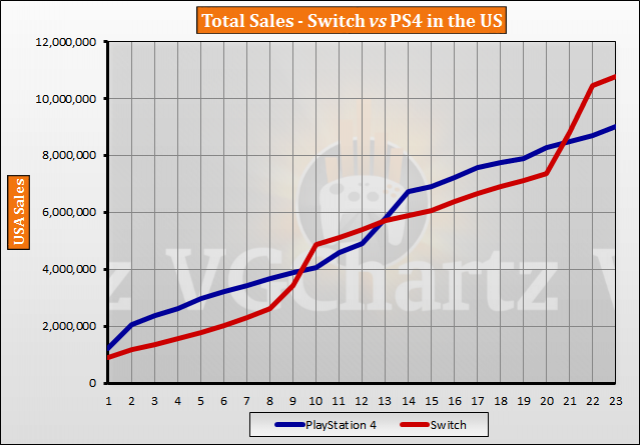 The lead is bigger than the last drop. Will the Switch stay in front after the PS4 got it's next holiday season? Stay tuned!

Hopefully sales for Switch don't become front-loaded like the Wii...

That all depends on what Nintendo has in store after Pokémon Sword & Shield. I knows there’s games like MP4, and such, but if the first party releases are front loaded like they typically are for Nintendo systems, then the sales will front loaded too.

Nintendo also has PS5 and NextBox to consider as well.

The difference will be however, is that they're focusing on 1 device now like Sony and Microsoft have been doing for years. So Nintendo will be able to support the Switch with software well into its final years of being Nintendo's flagship console.

We honestly haven't scratched the surface of the Software Output Nintendo will be able to achieve due to their software teams merging. This won't be front loaded like the WIi, this is essentially a handheld device that's getting support similar to the 3DS but even more so.

Switch has also yet to see any sort of traditional full scale price drop of any kind. We'll see what it's really made of probably by the end of year 4. What the Switch is showing is momentum equal if not surpassing the PS4 and again, Nintendo's heaviest hitters have arguably not hit the system just yet. This is in itself an entirely different situation than the Wii was in.