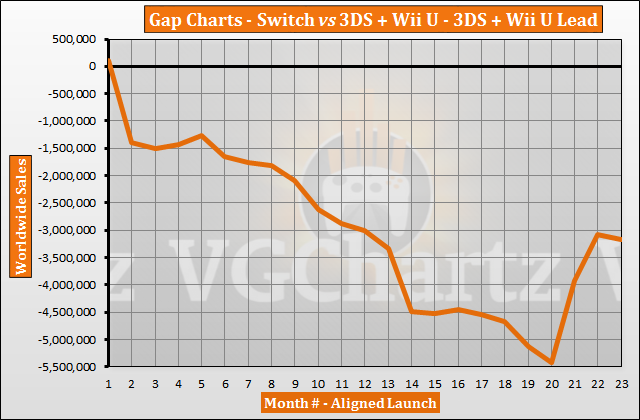 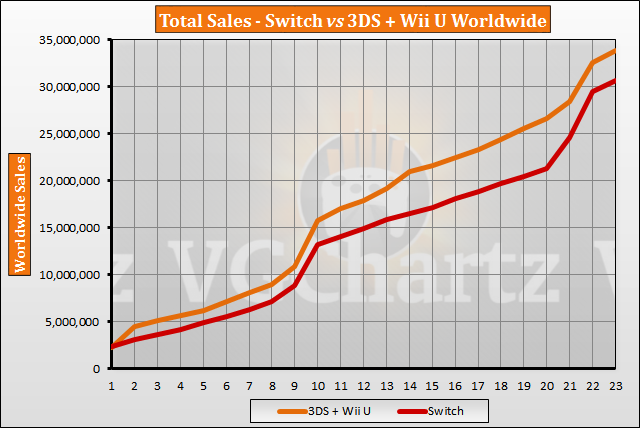 The 3DS launched in February 2011 (however, 3DS sales have been aligned to March 2011, since it only launched at the end of February in Japan), the Wii U launched in November 2012, and the Nintendo Switch launched worldwide in March 2017. The Switch has sold 30.65 million units, while the 3DS and Wii U have sold 33.83 million units during the same timeframe.

Switch needs to sell over 18M this year to keep up with the Wii U/3DS combo. It's also the highest total for the Switch to beat. However, with the Switch lineup, I don't doubt that it will beat those 18M