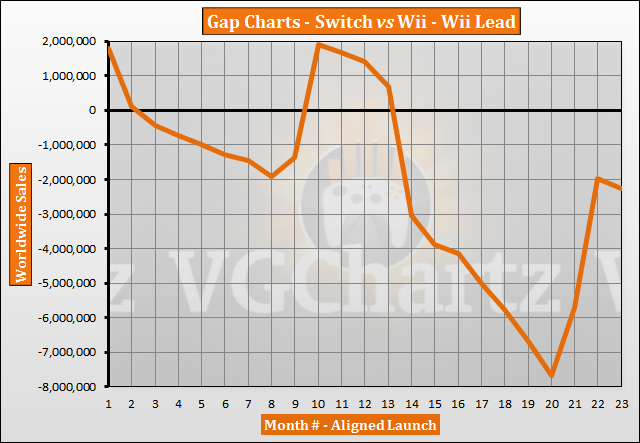 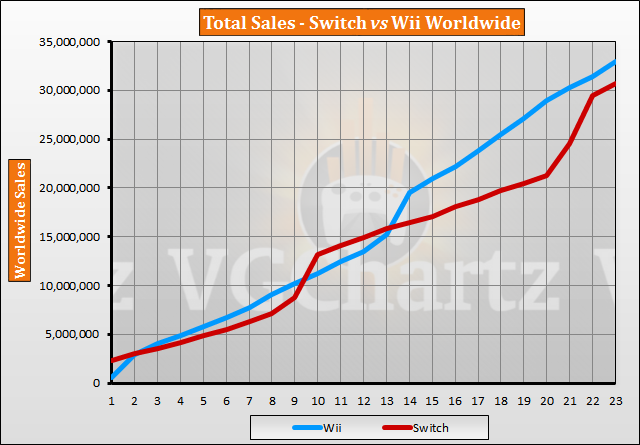 Switch putting up quite some fight here

I don't think that Switch will take the lead again in the next 12 months. Wii sold 300k units almost every week in it's 3rd year. Switch currently sells 250k. And we have a strong holiday season for Wii coming the next 2 months.

This is fine. Wii numbers were pumped up by casuals, that usually don't play videogames, and would eventually abandon Nintendo for smartphones. Switch owners are almost entirely people that genuinely like videogames.

If the Switch manages to keep up with the Wii for another 15 months or so then the Switch will be guaranteed to outsell the Wii as it's pretty much certain the Switch won't drop as hard and fast as the Wii did back then.

Well with Poke'mon and Animal Crossing coming out that's pretty much guaranteed. If anything 2019's sales should make 2017 sales look tame by comparison.