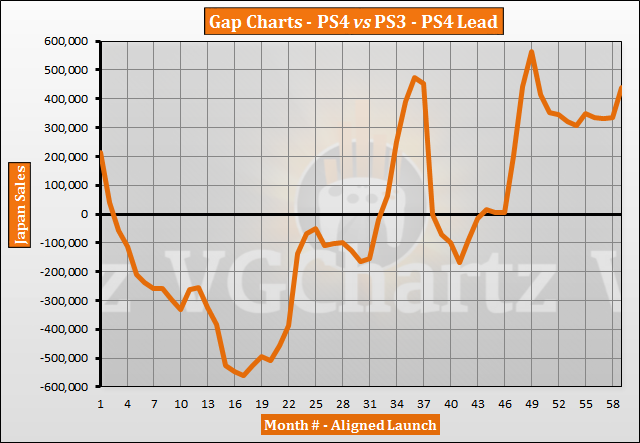 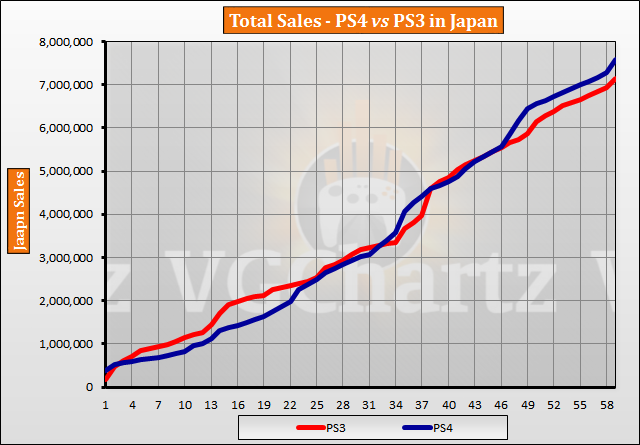 PS3 and PS4 neck and neck

How much does the PS4 need to sell this year to beat the PS3 same year?

PS4 should reach 1M, but I doubt it will do better than the PS3 and be on par with the sales at best.

Yes, you are right. Sorry. It's going to be a bumpy ride. With its current 18k baseline it's going to be very close. If the baseline drops a bit more the PS3 will be in the lead again after this year.

make xbox 360 vs PS4 in US for the same period of time after launch, it would be interesting

A new Monster hunter game could give survival to ps4.