Horror games have never really been my cup of tea – the closest I’ve come to loving one was probably Gregory Horror Show on the PS2 and even then that was more of a cartoony puzzle title than a traditional survival horror game. But I do like Vita games, so when the long-time-coming port of NightCry (originally funded via Kickstarter under the name Project Scissors in 2015) finally released, I was keen to give it a try to find out whether it was worth the wait. 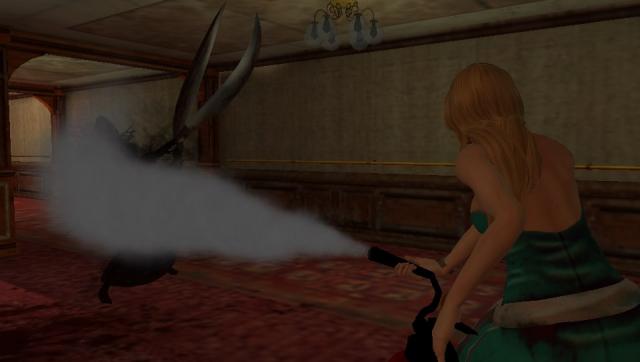 The plot in NightCry follows a group of passengers on board the luxury ship Oceanus as they try the uncover the mystery behind a supernatural creature named the Scissorwalker (due to the fact that it wields a gigantic pair of scissors), which has begun to indiscriminately murder them. You’ll play as three different characters across three chapters – busty party-goer Monica, trustworthy professor Leonard, and a young girl with a death wish named Rooney - and their stories intertwine in various ways as the narrative progresses.

It’s probably worth starting with the game’s initial problems. None of the characters are particularly likeable and, aside from Rooney, none are given any real character development either. It means that when people start turning up dead it rarely has any emotional impact and turns the murder spree into more of a campy b-movie slasher than anything else. That can have its merits but doesn’t seem to really fit with the overall plot, which at least tries to be a little more serious in tone. 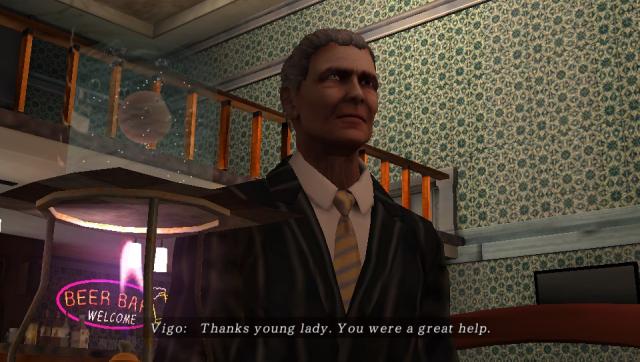 The main story in NightCry is actually fairly interesting, at least in so much as I was intrigued to find out what it was all about and see it through to the end. It’s extremely disjointed, flicking between different ideas regularly during its brief run-time, but I suspect this was done deliberately in order to make you feel the same sense of dread as the passengers, who themselves have no idea what’s going on, and in that sense it succeeds. The conclusion felt somewhat underwhelming because it failed to address multiple plot points, and although there are multiple endings to obtain, everything other than the true version just feels like a glorified ‘bad end’; they're not really worth hunting down and they do little to flesh out the overall narrative.

NightCry is a spiritual successor to the Clock Tower franchise and that shines through in its gameplay design, which is more point ‘n’ click than anything else. You control each character in a third-person manner and can walk around environments, but you interact with things by highlighting them and pressing circle, after which you’ll get a comment from the person you’re playing as (it’s a lot more The Walking Dead than Resident Evil). 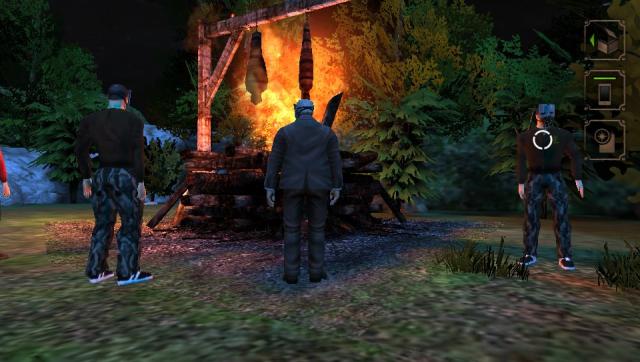 Ultimately, this third-person-meets-point ‘n’ click design doesn’t work particularly well, as you have to tab between objects in the environment using the shoulder buttons, and often this doesn’t register or go where you want. Luckily, there are precious few occasions where you need to do this in a hurry, which means you’re not losing out, but the frustration might mean you avoid inspecting certain items and ultimately this can very easily lead to a bad ending (the game is very old-fashioned in its requirements for progressing).

Aside from shoulder button tabbing, there are a few other bizarre design choices as well. For example, your inventory is accessed by the touch screen but it’s anchored in the top right corner and very difficult to access (plus, I ran into a bug in the first 10 minutes of playing where the inventory didn’t pop out at all, which left a terrible first impression). When running from the Scissorwalker you’ll also have to switch between using the analogue sticks when you’re hiding (tracing the path of a heart to avoid making too much noise) and the touchscreen (tapping to escape when it’s seen you) at the drop of the hat – why not just choose one or the other? 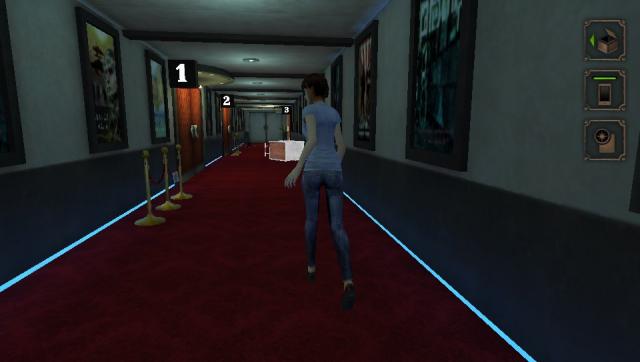 Speaking of the Scissorwalker, these sections form some of the most enjoyable parts of NightCry – you either have to find a hiding place or an object to fight it off with, which can be incredibly tense while it slowly lurches towards you. There’s a running mechanic where you fall over when tired, but I didn’t encounter this very often as the walking speed seemed fine. Unfortunately, on Vita at least, these sections are plagued by some of the most abysmal framerates I’ve seen on the handheld, meaning that rather than coming across as a fun game of cat and mouse you’ll just want them to be over with.

In fact, technical issues plagued my time with the game. Aside from the aforementioned bugs and framerate issues, there are things like stuttering when the game auto-saves (I regularly thought it was freezing until I realised what was happening), load times before every object you click on (including some that last nearly a minute before major cutscenes), and major graphical issues such as terrible texture work and object pop-in. This isn’t a polished port by any stretch, which is surprising given how long it was supposedly in development. 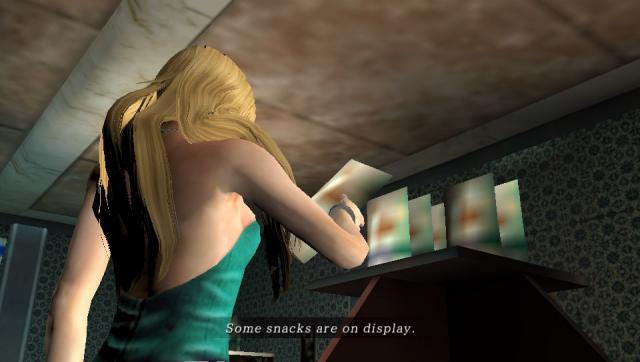 It’s a shame, too, because there are times when I found NightCry to be a somewhat pretty game, at least by Vita standards. When Monica’s hair wasn’t flipping out or she wasn’t waddling down a corridor like she was constipated, the character models seemed pretty decent – like something out of an early-gen PS3 title. Environments are an inventive mix of real-world locations too and plenty of these look decent, but others (particularly outdoor areas in Leonard’s section) suffer from the aforementioned texture and pop-in issues.

Further adding to the b-movie feel, there’s occasional voice acting but a lot of the time the game is silent. At least the sound effects are suitably creepy, and the music too, when it infrequently plays. In a way, NightCry comes really close to capturing that janky-but-loveable feel of so many of the low-budget Japanese titles I’ve enjoyed in the past, and I can certainly see it finding a niche following among fans of slasher horror titles looking for the kind of experience that hasn’t really been made since the PS2 era. 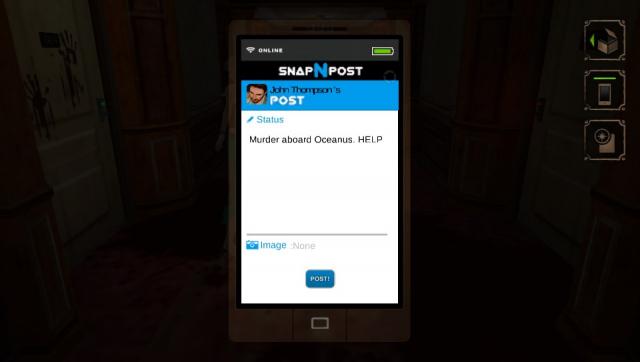 It does show glimpses of brilliance too – I really enjoyed that it integrates smartphones as a central mechanic, where you use them as a source of light but also need to recharge them at docking stations (which also function as save points), plus you can post to the Twitter-esque service SNS to warn other passengers of the danger. It gives some believable weight to what’s happening and seems very well thought-out, allowing a minor lifeline while playing.

It’s just a shame that there wasn’t as much thought given to some of the game's other mechanics, and that there’s not a greater level of polish throughout, particularly in terms of the Vita port. NightCry almost reaches “so bad it’s good” status, but veers on the side of frustrating a little too often. Combined with its short length (around 4 or so hours to see the first ending) and myriad of technical faults on Vita, it's one you'll probably want to think about before buying. 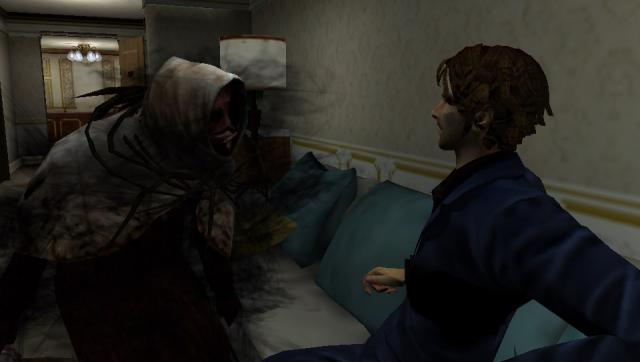 If you’re particularly interested in an old-fashioned horror title it might be exactly what you’re after. I certainly didn’t have a bad time with it, but it’s not something I can recommend unless you’re willing to put up with a massive amount of jank for an experience that definitely isn’t the best on the market.

This review is based on a digital copy of NightCry for the PSV, provided by the publisher.