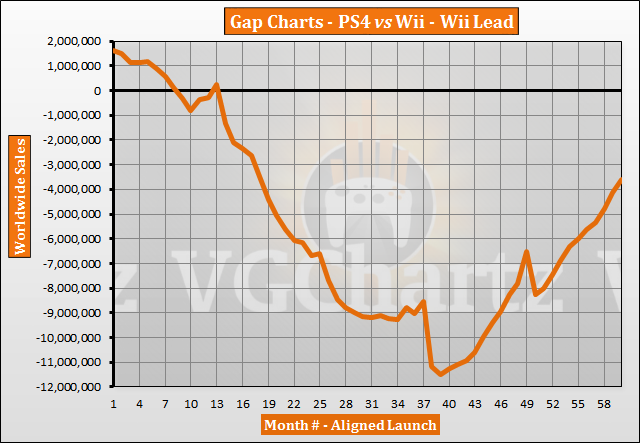 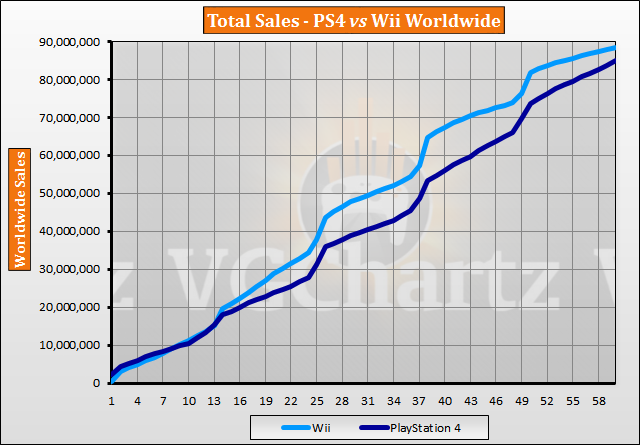 October 2018 is the 60th month that the PlayStation 4 has been available for. During the latest month the gap grew in favor of the PS4 when compared with the Wii during the same timeframe. The gap decreased by 508,601 units in the last month and by 4.21 million units in the last 12 months. The Wii currently leads by 3.60 million units.

I think they’ll cut price next year around March

the ps4 is a beast but that i will make more money than the wii is debatable. Nintendo made a profit on every wii from the begining while sony sells hardware at a loss at first and make it up in software sales. on software nintendo 1st party titles keep their price longer too.

@Robert_Downey_Jr. Yes, it may be next year, if sony sees big slow up with sales, otherwise price cut is really not needed, if until march or april the sales are close to this or last year there is no need for price cut

December and ps4 will take the lead.

The time is coming.

The biggest comeback of all time from one gen to another is the Wii.

Would it, though? A PS3 selling a mere 20% better would have outsold the Wii.