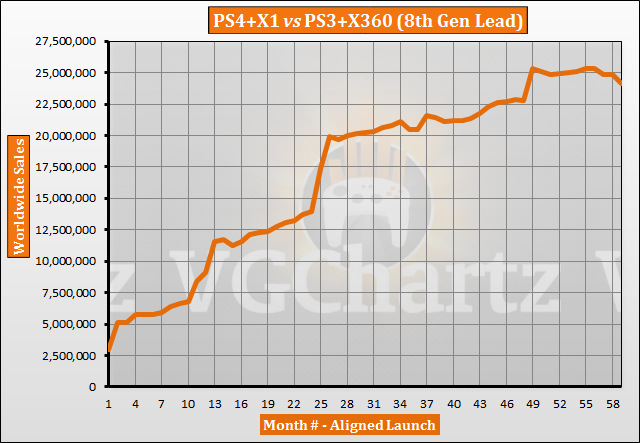 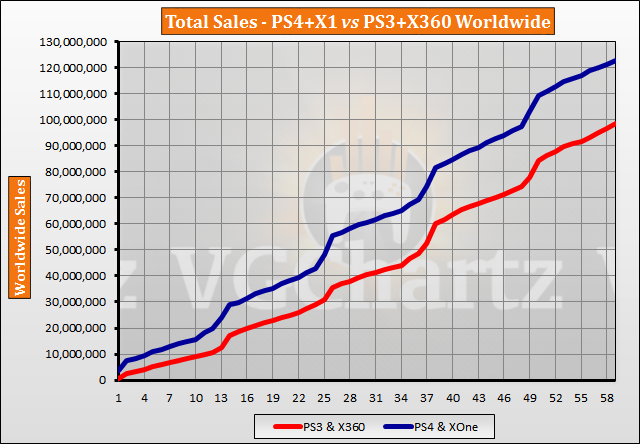 This could be interesting. The 8th Gen lead seems to have peaked. 7th Gen has 70 million more on the way, XBO has seemingly very little and PS4 is on the decline, with new systems coming in probably about two years or so from today. There's a possibility 7th Gen could still overcome. This holiday should reveal what direction things are going to go in the final years. Both 7th Gen consoles had crazy 11 year lifespans, and it's looking like the 8th Gen consoles will not, probably making it to about 9 years. This gap will likely close quite a bit, though if 7th Gen ekes out a win remains to be seen.