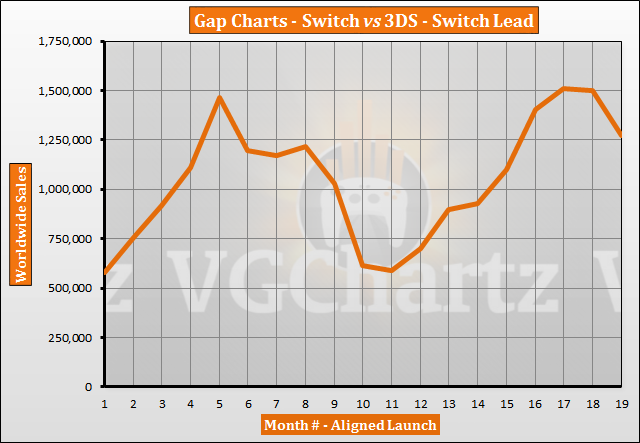 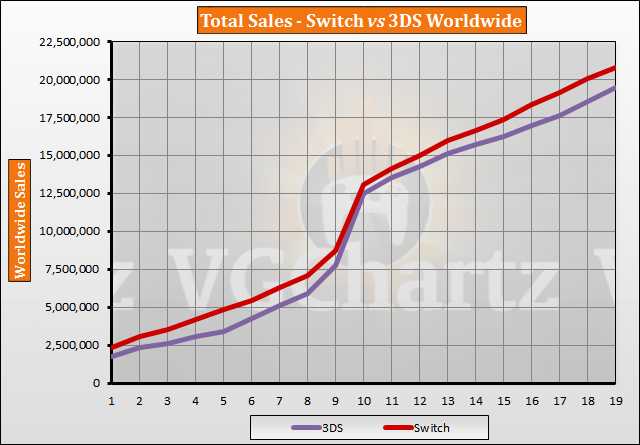 The 3DS launched in February 2011 (however, 3DS sales have been aligned to March 2011, since it only launched at the end of February in Japan), while the Nintendo Switch launched worldwide in March 2017. The Switch has sold 20.76 million units, while the 3DS sold 19.49 million units during the same timeframe.

3DS XL and New Super Mario Bros. 2 launch in month 18 carried over into month 19. Switch has the advantage of a much better holiday lineup in the upcoming three months of this comparison.

I think this is where the Switch really starts to dominate.

Switch hasn't set itself apart from the 3DS as I hoped. Still, 3DS had already a pricecut to achieve this, but I hoped Switch can do more. So far at least Switch cannot get away with sales in comparison to 3DS, it stays at max 1.5M ahead. Hopefully Pokemon and SSBU change that.