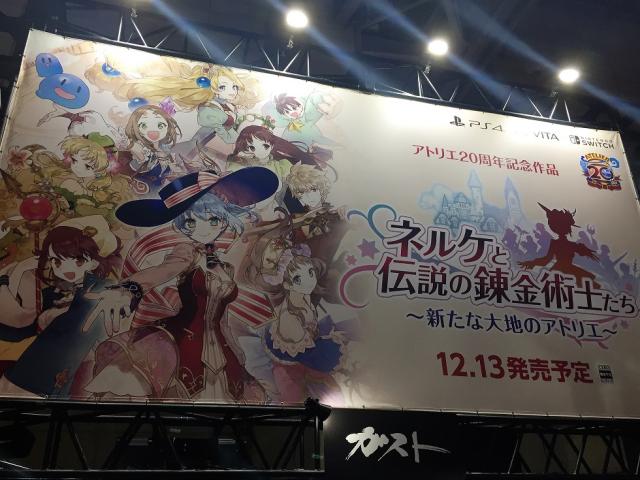 Gust is not giving up on the idea of releasing an Atelier game every year. That's why this year Koei Tecmo is once again inviting everyone to try a new episode of the franchise. But Gust is also aware that repeating the same formula each time would lead to unavoidable decline, so with this year's entry Atelier actually becomes a mix of RPG and city-building in order to raise interest and awareness in the series again.

The demo at the Tokyo Game Show 2018 shows off the early stages of the game. Nelke, a young aristocratic girl who's been entrusted with the development of a nearby town, meets with the town chief and the local carpenter. The latter is none other than Hagel, a character who's been your Smith throughout almost the whole series. That introduces us to the second important point of this newest entry, which is that it will feature many characters from the series' past, including some from well before the Arland era on PS3. 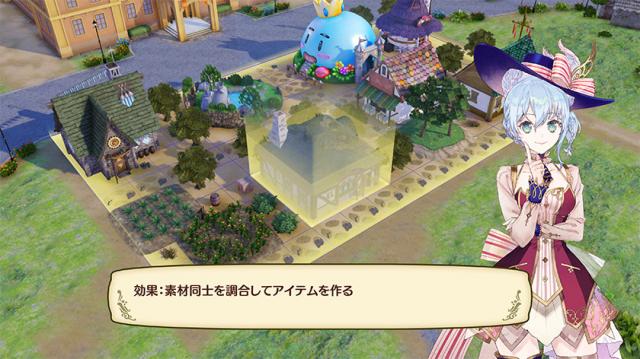 The player is then introduced to the town building menu. Much like in Sim City, you choose an available type of construction and then place it on a small grid. You can also zoom in to have a better look at the town structure. Building takes one or more days, but also consumes money and resources. On the other hand, the population of the town increases. There's also a popularity rate like in Atelier Rorona, but the demo didn't say what it was for. 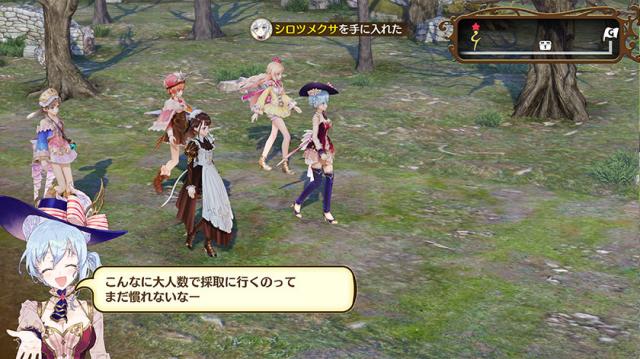 When you're done building, you can do some exploring outside town. That's where things suddenly look a bit worrying: you don't directly move the character, instead of that the party will walk automatically on a straight path, stopping when they find items or opponents. It definitely looks like that the game will have next to no exploration at all. In the demo the group meets Marie, the first alchemist shown in the game, along a forest path. However, the demo ends just after this meeting and doesn't show how alchemy is implemented in the game. 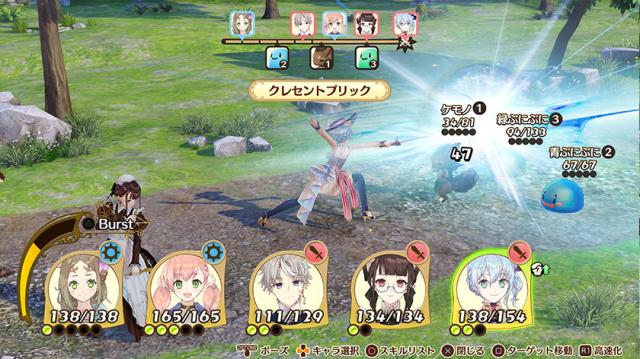 Fighting has seen drastic changes too. Battles are still turn-based but now occur in side view, without detailed animations. The series had been considerably improving the visual aspect of those scenarios in recent years, but unless there are big in store for the final version of the game then Nelke & The Legendary Alchemists seems to bring that progress to a halt. This extends to the dialog scenes, where Gust seems to have brought back 2D artworks for most discussion sections. This hasn't been the case since Atelier Meruru in 2011 (Atelier Ayesha was the first entry to get real time event scenes, back in 2012).

MP seems to be gone, replaced by green slots. Using skills and items takes one or more green slots (which refill by using the normal attack command). However this shouldn't be a problem as long as the balancing is well handled. The interesting thing is that the back row and the characters at the front are all now active characters, so you can fight a bit like in Final Fantasy IX, for example. The party can now include up to five characters, instead of the usual three. So on the whole the battle system has the potential to offer solid renewal. 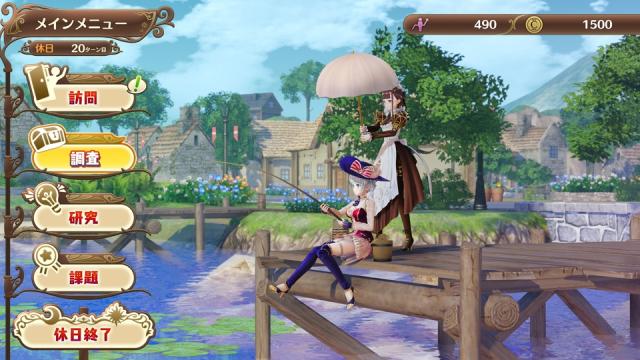 At the end of the demo's week, Nelke gets a break during which she can meet the townspeople and alchemists. This will probably be the way to trigger the traditional event scenes and various anecdotes between characters. The fact that Nelke is not an alchemist is an interesting take compared to past entries and should lead to quite amusing situations, since she knows nothing about alchemy, and not much about commoners either.

Nelke & The Legendary Alchemists seems to focus on strengthening ithe series' strategy and management aspects, which I think is a solid decision given that it's the main appeal of the series. It's also set to bring serious innovations to both story and system, so the player can have a real feeling of discovery this time. The demo left me eager to get my hands on the final version in December, even if its looks like the title's budget took a big hit, at least if the disappointing visuals are anything to go on.

This preview is based on a 10 minute demo that was playable at the Tokyo Game Show 2018. Screenshots are provided by the publisher and are taken from the PS4 version of the game. 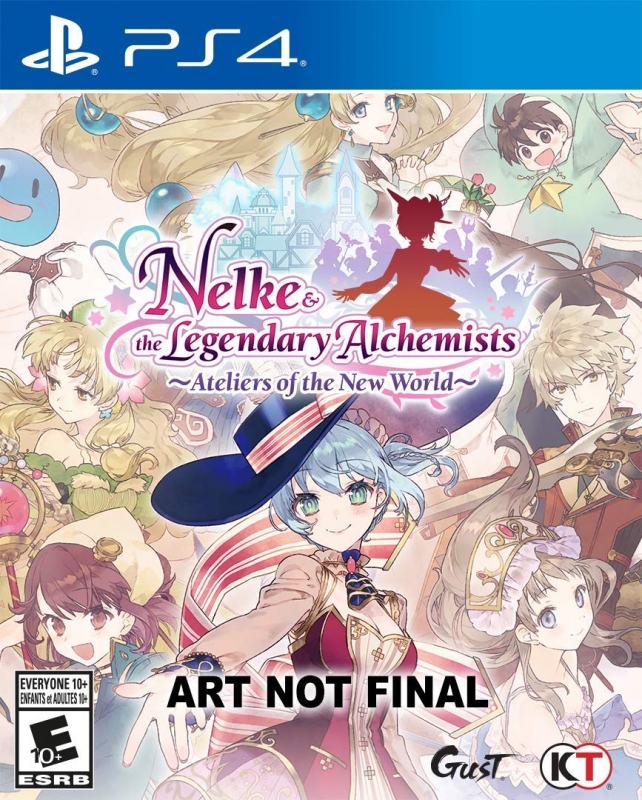 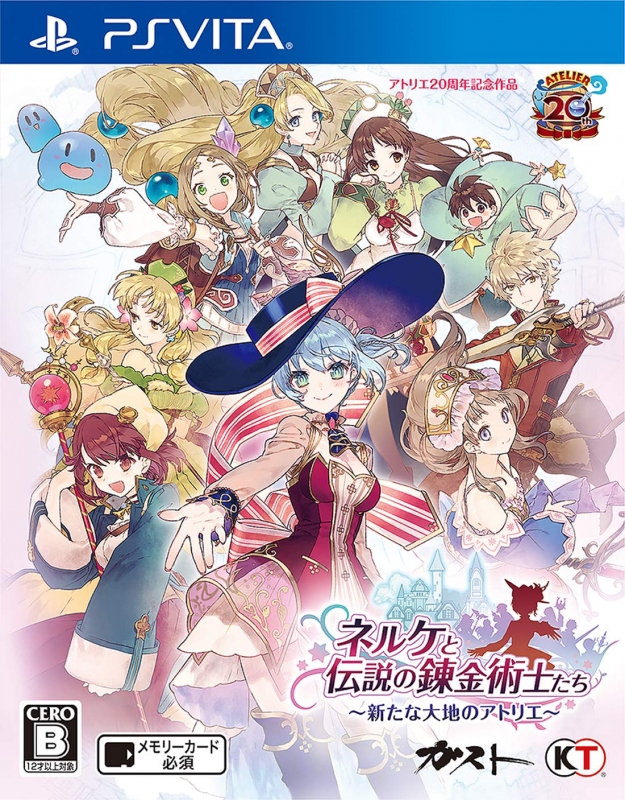