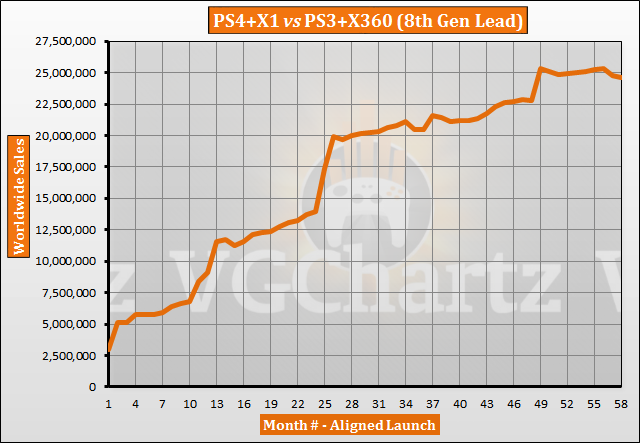 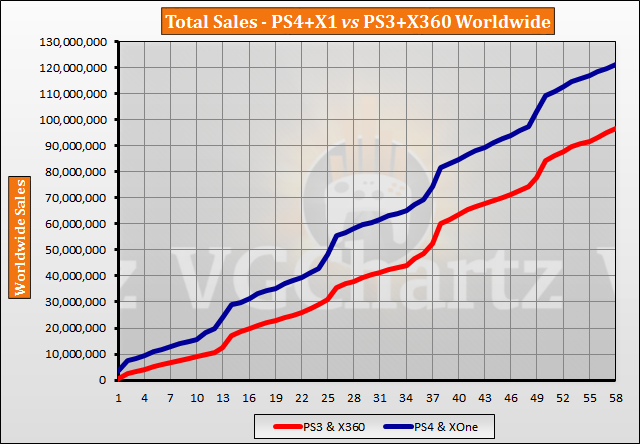 The PS4 is overdoing the PS3 by enough to make up for the steep drop by Xbox One, but once this PS4 tops 100 million, things are going to reverse unless somehow the Xbox One can tack on another 20 million. And since that wont happen, there is no hope that the Xbox One can continue to ride on PS4s back without pulling them both down. The only hope is that the PS4 ends with 115 million and the Xbox one can squeak out 45 million. Then you can almost break even.

From here on, I think PS360 will come closer and closer to PS4/XBO totals. Will they catch up? That depends on how well the consoles will be selling the next 2 years, but I think this Gen will stay on Top, though by a relatively small lead only.

Depends on when Sony releases the PS5, if they do that Q1 2020 I would say this gen doesn't stand a chance. If Sony releases tge PS5 in the holidays of 2020 the gen 8 twins have a good chance to stay ahead of the gen 7 twins.