Ever since the advent of Demon’s Souls, and its successor Dark Souls, there've been no shortage of titles seeking to imitate the “SoulsBorne” sub-genre. One of the most recent attempts to jump on this train is Fall of Light, a top down Souls-like experience developed by Rune Heads. Does this latest Souls-like do enough to separate itself from the crowd and warrant a purchase? In short, no. In long, literally spend your money on anything else you can find. 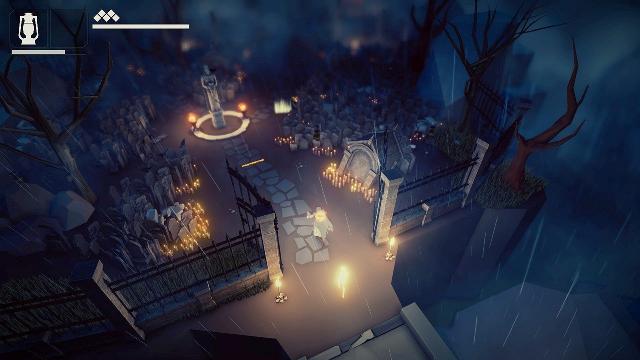 Fall of Light describes itself as being “inspired by Dark Souls,” but that is selling the relationship short. Fall of Light  is Dark Souls, or perhaps more accurately Demon’s Souls, since the level design tends to be less focused on exploring non-linear environments and more about following a rather straightforward map layout. Virtually every core gameplay aspect can be traced back to a Souls game: emphasis on stamina management in combat, finding checkpoints that you can serve as places to level up from as well as respawn points, all enemies respawning after visiting said checkpoint or dying, etc. Even the backstory feels like something taken straight from Dark Souls, right down to the introductory cutscene being an old lady chatting at you about ages of light and dark.

On the surface, this may not sound like an inherently bad thing; after all, Demon's/Dark Souls is good, and even if mechanics are being directly ripped off from it, it should theoretically still be good gameplay. The problem is that Fall of Light seems to completely miss nearly everything that was ever good about the Souls games. Combat is by the most notable offender and an aspect that made me just put down the game from time to time to let off steam. Like the Souls games, Fall of Light has a stamina bar that depletes when you sprint or swing a weapon, and gradually refills when actions are not taken. But the stamina bar recharges so slowly in this game that the strategy for most enemies is to take a couple of hits, and assuming they’re not dead, back up for five or so seconds while you wait for your stamina to come back.

This would be bad enough on its own, but it’s amplified by another glaring issue. Many enemies seemingly have an infinite amount of stamina themselves. Combining that with your own slow charging bar means that you have to play incredibly defensively in order to survive. This becomes exceptionally tedious when bosses are brought into the fray, as survival is less about skill or clever use of strategy, and more about acquiring the patience to not use too much stamina and leaving yourself vulnerable to some multi strike attack that requires successive dodges. 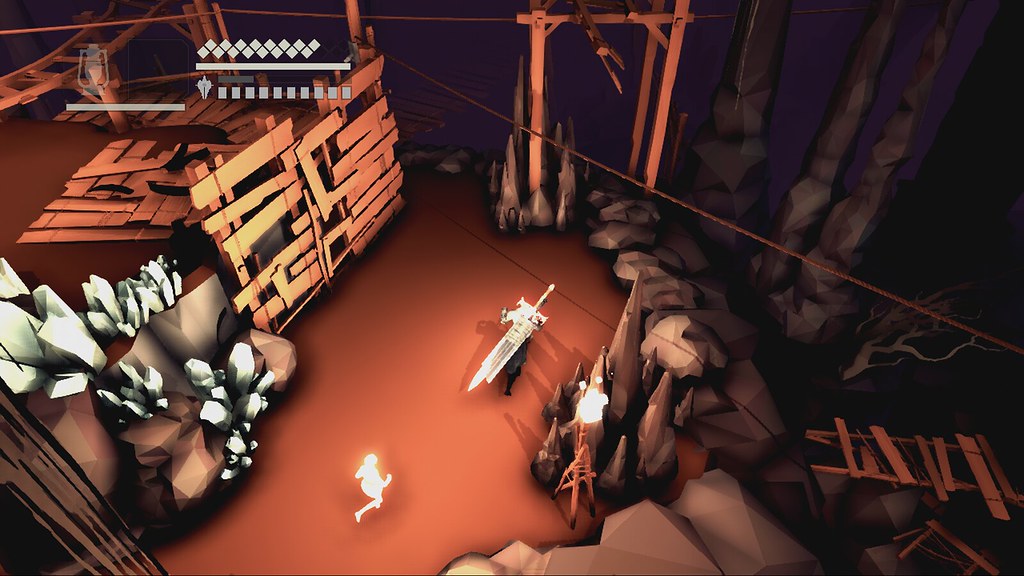 One area in which Fall of Light does exceed the Souls games is in how utterly broken its hitboxes are (and if you've played Dark Souls 2, you know that's a serious accomplishment). This game has some of the worst damage detection I have witnessed in any video game, ever. I quickly lost track of how many times my sword would harmlessly pass through an enemy, or how many times an enemy’s forward slash somehow manage to hit me when I was directly behind him. All of this means that you are going to die a lot, which probably is to be expected for a Souls-inspired game. Unlike its inspiration, however, enemies that are aggro’d but not killed will follow you seemingly indefinitely and gang up on you in large groups, meaning that in most cases you will have to kill off every single enemy every single time unless you want to get mauled by a party of 6 or 7 baddies as soon as you run into a corner.

Exploration seems to have largely gotten the shaft in terms of what made the jump from Souls games to Fall of Light, as most of the game’s map is pretty straightforward and doesn’t require much intuition or navigation to progress through. There are occasionally points where the game will provide a couple of different pathways that you can choose between, but it generally becomes evident quickly which one is the right one for the moment.

There isn’t much to praise in the art or music department, either. The models are plain and uninteresting to look at from a top down perspective, the environments are generally bland and lacking in detail. Music is usually only present for boss fights, and isn’t much to write home about. The sound detail ranges from being merely unremarkable to laughably bad, such as the sound effect made when resting at a checkpoint, which I’m pretty sure is just the generic “heavenly choir” SFX that pops up when you search for the term online. 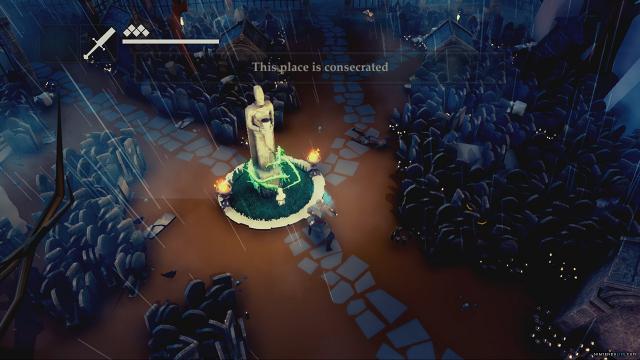 But the biggest condemnation for Fall of Light, beyond the hitbox issues, questionable combat, and bland exploration, is that nothing in the game is fun, and that’s not an exaggeration. The myriad of problems this game has could’ve been mitigated to some extent if there were some enjoyment to be gotten out of its flawed systems, but there is just absolutely nothing fun about it. Combat is a chore, the exploration that is there is shallow and unengaging, and what little story exists is just stolen from the worst bits of Dark Souls' opening cutscenes. And as the legendary Reggie Fils-Aime once said, “If it’s not fun, why play it?”

Indeed, I have difficulty thinking of any reason why anyone should play this. Simply put, this is an utterly terrible game. I simply don’t have any better way of describing it. There is no amount of enjoyment to be extracted from this experience. Do yourself a favor and let this game fall from any list of potential buys you might have.

This review is based on a digital copy of Fall of Light for the NS, provided by the publisher. 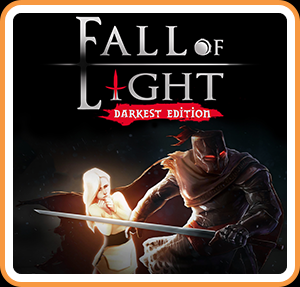