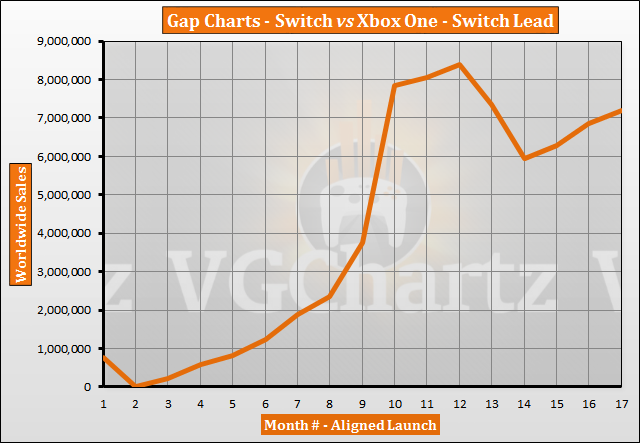 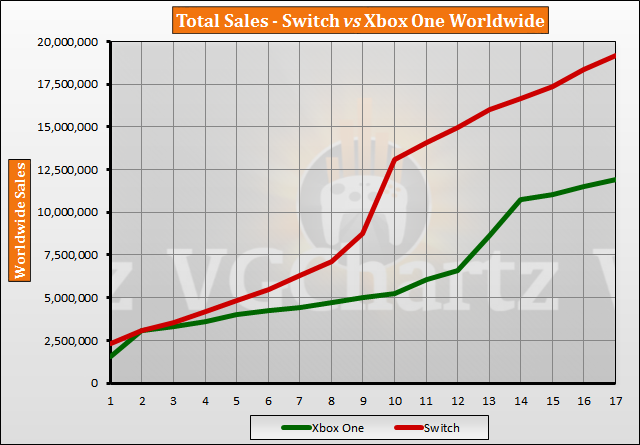 Looks like a massacre. Switch probably will overtake the total number of XBOnes very fast.

When Smash comes out this graph gonna be hilarius to watch

We are probably past the point of no return already. Switch will continue to stay ahead and the lead will grow almost all of the time.

When is Xbox one X?