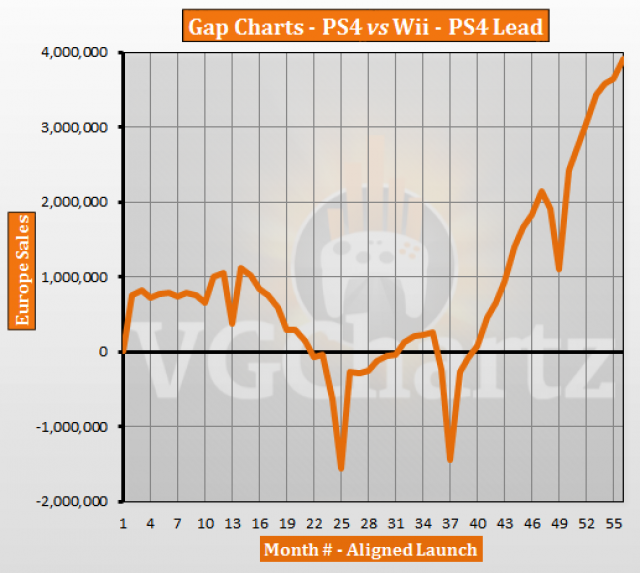 We already know that PS4 is going to win in the end. 82 million sold, with many amazing games still in the pipeline, PS4 still has years of good numbers to come.

Why? I agree that the worldwide battle between PS4 and Wii will be more exciting from now on but these "gap charts" are not only done to show the "winner" but also to continuously compare dips, gap changes and aligned LTD total sales.

I always hear people requesting X vs Y charts and VGChartz has limited resources so I just figured it could be better spent on other things.