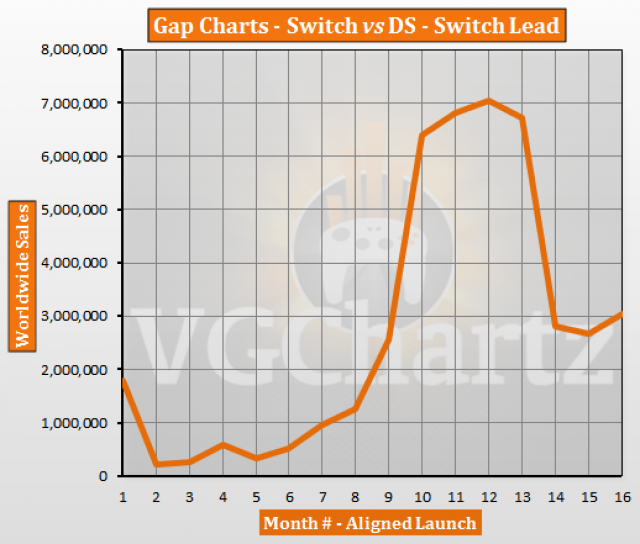 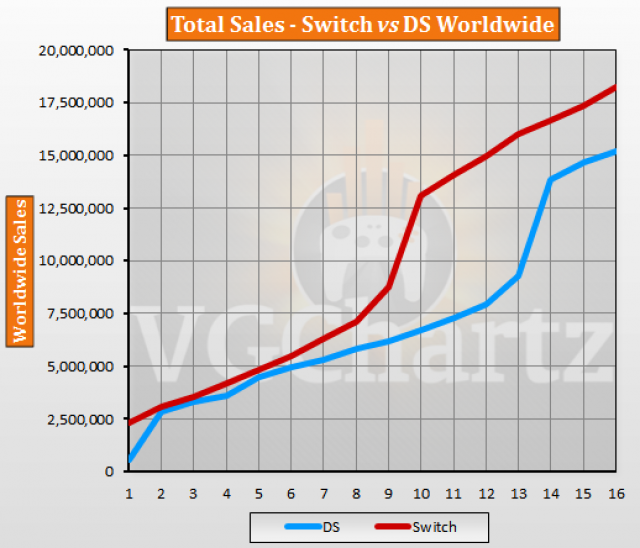 June 2018 is the 16th month that the Nintendo Switch has been available for. During the latest month the gap grew in favor of the Switch by 384,157 units when compared to the DS during the same timeframe. However, in the last 12 months the Switch has grown its lead by 2.45 million units. The Switch is currently ahead of the DS by 3.05 million units.

The calm before the DS storm

2 more months until the full power of the DS Lite kicks in.

The calm before the Switch storm

Don't mind me. Just the obligatory "when is DS Lite" comment.