Mixing two or more genres together has become increasingly common in video games in recent years. Seemingly no combination of genres is out of the question these days, as developers keep finding new and interesting ways to combine gameplay elements that on the surface seem completely incompatible with each other and yet somehow make it work.

In just the last few years we've seen a deck building card game mixed with an action RPG, a roguelike combined with a rhythm game, a shop simulator blended together with a dungeon crawler, and numerous other curious genre mash-ups, not to mention the countless different RPG combinations we see every single year. Naturally, this wasn't always the case, as in the past genre limits were often much more rigid and games that experimented with them were much rarer. This brings us to today's topic – ActRaiser. 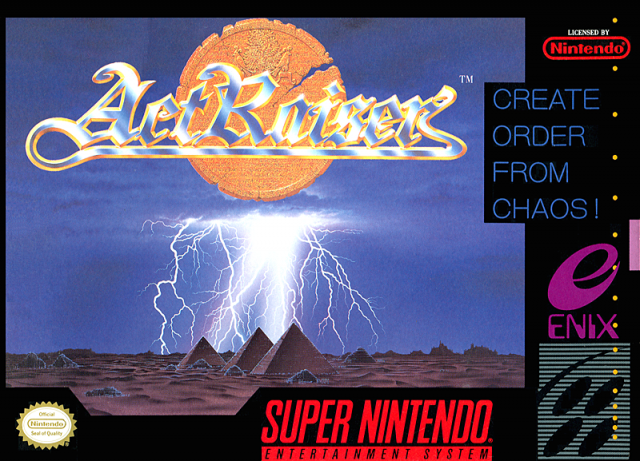 ActRaiser was the first game developed by Quintet, a Japanese studio that would in the first half of the 1990s create a handful of well received and wholly unique titles which would gain the developer a cult following around the world. We'll likely cover some of those other titles at some point later in these articles as well, but for now let's talk about the title that started it all for the developer.

ActRaiser was released in 1990 for the SNES, less than a month after the console's launch, making this one of the system's earliest releases. It was one of the platform's more significant early successes, with the game selling over 400,000 copies in Japan alone. It also started Quintet's close relationship with Enix, the game's publisher. The two companies would continue to work together for several years, with Enix publishing every one of Quintet's SNES titles and some of its later releases as well.

The story of ActRaiser follows a god-like being known as The Master, who awakens after hundreds of years of slumber to discover he has lost all of his powers because people no longer believe in him because the evil Tanzra has taken over the land and divided it among his lieutenants. The Master must leave his sky palace and release the lands from evil, while helping people develop their civilizations and restore their faith in him so that he can regain his powers.

If The Master and Tanzra remind you of certain famous religious figures, there's a good reason for that. In the original Japanese version The Master and Tanzra were known simply as God and Satan, making ActRaiser essentially an allegory for Christianity and Christian monotheism. These changes were made due to Nintendo of America's strict policies regarding game content, and especially on religious imagery in games released on its systems. 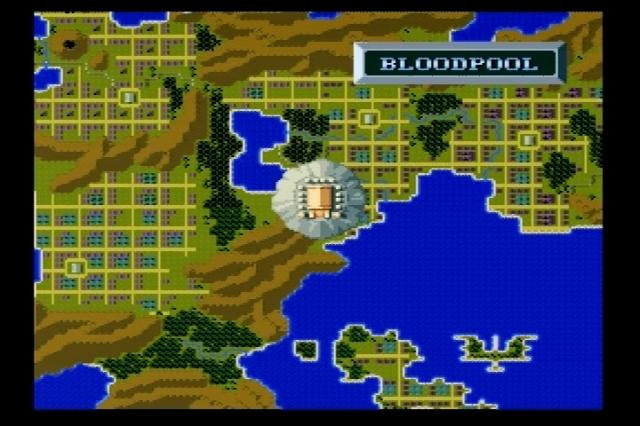 However, even with these changes the allegorical nature of ActRaiser remains fairly obvious. The Master travels around the world in a palace on a cloud; he interacts with the world and its people through an angel; he performs miracles; and people pray to him for aid throughout the game. It's a very good example of the cultural differences between Japan and the US regarding religious content in entertainment, and just one of countless examples of video games that had some of their content changed prior to their western releases.

The gameplay in ActRaiser is essentially divided into two parts: traditional platforming sections through some rather challenging levels, and city-building god game sections where the player directs the development of the different lands found in the game. As you progress, defeating more bosses and completing various tasks, the number of people worshipping The Master increases, and in turn new miracles are unlocked for use. 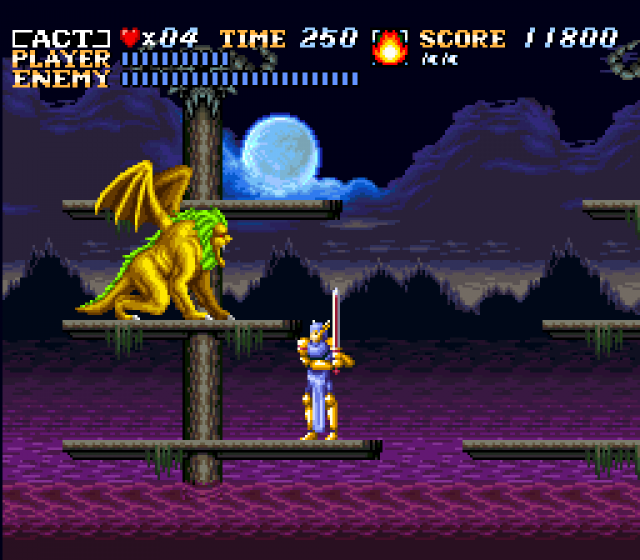 There's also some nice interaction between the two gameplay styles. For example, conquering areas in the platforming sections lessens the number of monsters appearing in the city-building sections, while acquiring more followers increases the player's health in the platforming levels. This brings an interesting added element to the game, and ensures that the gameplay doesn't feel disconnected but rather has a sense of significance at all times. Basically, it gives a clear reason to do the best possible job regardless of which section you're playing.

Why Was ActRaiser Forgotten?

Interestingly, upon release ActRaiser was actually a fairly significant success, selling over 600,000 copies worldwide and even getting a sequel a few years later. Unfortunately, after the end of the 4th console generation, ActRaiser as a name was largely forgotten. Naturally, as is almost always the case, there's no single defining reason behind this, but a number of different factors that ultimately caused its slow fall into obscurity.

The first, and most obvious of these, is the simple fact that Quintet, the game's developer, also slowly faded away after the SNES gave way to the next generation of consoles. After 1995 the studio never really produced another significant title, mostly providing development support for other developer's projects instead. In the end, at some point in the early 2000s (likely in 2002), the studio quietly closed its doors without much notice or fanfare. 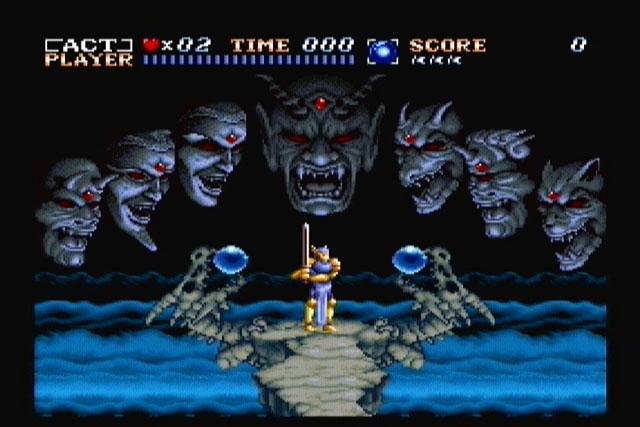 Another, perhaps more unusual reason, and one which is mostly based on conjecture on my part as it's impossible to really say for sure what impact it actually had, was the nature of the game's sequel – ActRaiser 2. Instead of building on the foundation laid by the first game, the sequel completely dropped the city-building aspect from the picture, focusing entirely on straightforward platforming, much to its detriment. It improved on that aspect of the gameplay, and was visually beautiful, but something important was lost when the simulation elements were entirely thrown out.

The sequel lacked the uniqueness that made ActRaiser such an interesting and fun game to play, and suffered immensely from a lack of gameplay variety. Perhaps as a result it also sold far worse than the first game, falling short of reaching even just 200,000 copies sold worldwide. As I mentioned, this is purely a guess on my part, but the decision to essentially abandon the main identifying feature of the first game could very well have played a huge part in the rather rapid downfall of the ActRaiser name. 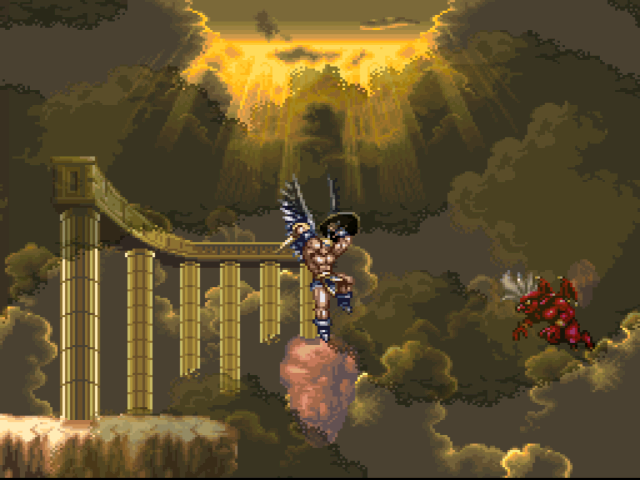 Also, when the sequel ultimately went for a more streamlined action-platformer approach with its gameplay, it no longer stood out among the vast SNES library. The first game had carved out a place that no other game could really challenge for at the time as it was essentially the only one of its kind, whereas ActRaiser 2 was just another platformer on a console that didn't exactly have a shortage of those at any point in its lifetime.

What Makes ActRaiser Still Worth Remembering? 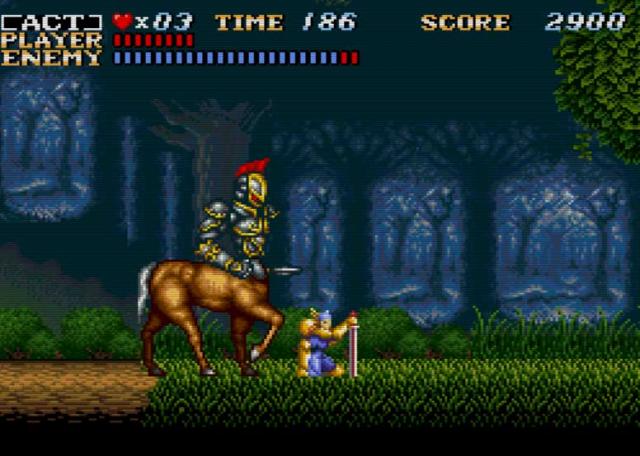 While there are a number of different elements in ActRaiser that make it a genuinely great game, the real star is the gameplay. The strange mix of action platforming and god game is what makes it stand out from pretty much all other video games released at the time, or since for that matter. Swapping between the two gameplay types and having them affect each other in meaningful ways creates a wonderful sense of purpose for the player.

However, as the sequel to ActRaiser would discover a few years later, just having one or the other wouldn't have worked out nearly as well. In fact, taken individually without the other side present, both the platforming and city-building are relatively simple even by the standards of that time. There were better games available within both genres, but in ActRaiser the combination is simply more than the sum of its parts. The two styles complement each other perfectly, and when you add some light RPG mechanics into the mix as well, it makes for one of the most memorable experiences available on the SNES to this day. 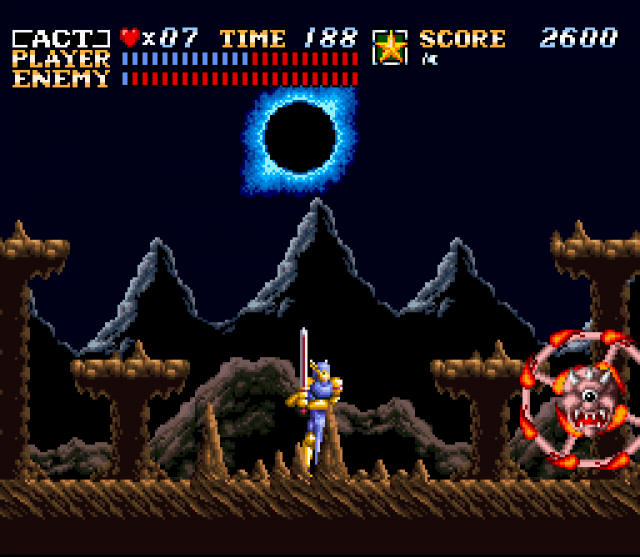 Of course, there's more to it than just the gameplay. Visually, ActRaiser was one of the best looking games on the SNES early on in its life, with some gorgeous backgrounds and memorable enemy designs found within the platforming levels. The city-building sections are significantly more simplistic in terms of visuals, but that also works to the game's advantage, as they have a definite charm to them.

Besides the gameplay, the greatest highlight of ActRaiser is most certainly its wonderful score, which was composed Yuzo Koshiro, who at the time was best known for his work on the first two entries in the Ys series. This soundtrack provided one of the earliest looks into the capabilities of the SNES sound chip and Koshiro created a number of excellent tracks for the game. It is, in my opinion, still one of the best scores found on the SNES.

As such, ActRaiser is definitely a game you should take time to experience for yourself, as not only is there nothing else quite like it available anywhere, but it also holds up remarkably well even today. I went back to play it just last year and it was still a lot of fun after all these years. Unfortunately, there are certain issues regarding the game's availability these days that can make it somewhat challenging to actually get a hold of, at least in an official capacity.

Besides the original SNES version, which is quite rare and can cost a decent amount of money to buy even used, the only other official release of ActRaiser that is still widely available is the one found on the Wii Virtual Console. So for anyone who wants to play it today, the Wii is the best option at the moment. Unfortunately, the Virtual Console service on the Wii will be discontinued on January 30th, 2019, so you have until then to purchase it. 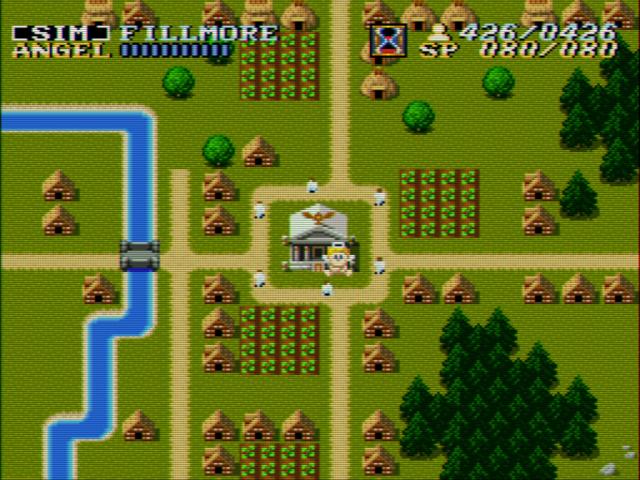 From that point on there will be no official versions of ActRaiser available anywhere to purchase, unless it's released on another platform between now and then. Failing that, you'll either have to find and purchase a used version of the original cartridge or emulate the game. It's unfortunate that this might soon be the case, because ActRaiser deserves to be remembered, and it's very difficult to ensure that happens if the game can no longer officially be purchased.

And to think Square Enix is just sitting on this game. They could reboot it, along with the other Quintet games. I'd love to see a modern take on this game but with a respect for its roots. Maybe flesh out the sim part of the game more.

I played Terranigma last year (Actraiser 3). It holds up fairly well, and is about as much fun as Contra III, or Super Castlevania IV.

I never even heard of that. I had a difficult time enjoying ActRaiser ii. Does iii have the town sim?

I sure remember it. One of my favorite SNES games. Played though a few times, the last time being around 93'. It's too bad how the franchise was handled after the first game, because it was indeed the world building aspect that made it great and unique. Even though it was a different genre blend, Soul Blazer reminded me of the first Actraiser. Another forgotten gem.

AH! I just looked up Soul Blazer. I didn't even realize it was also a Quintet game.

I liked this game but not the second because they got rid of the world building part. Where is the motivation to do the side scrolling parts when there is not world building? 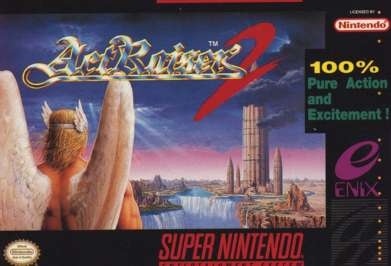