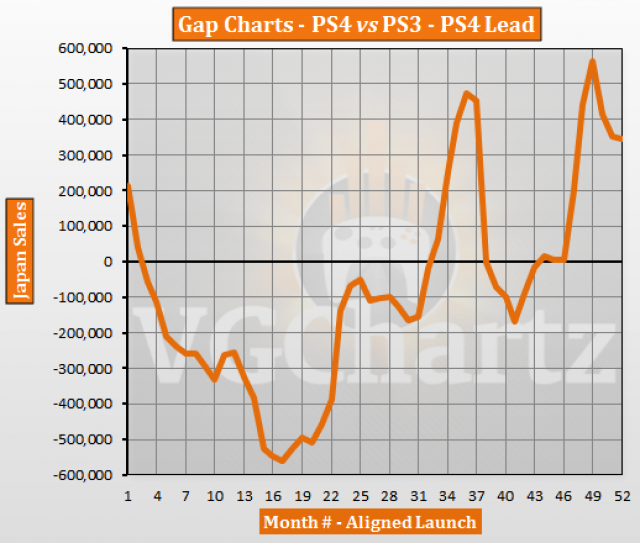 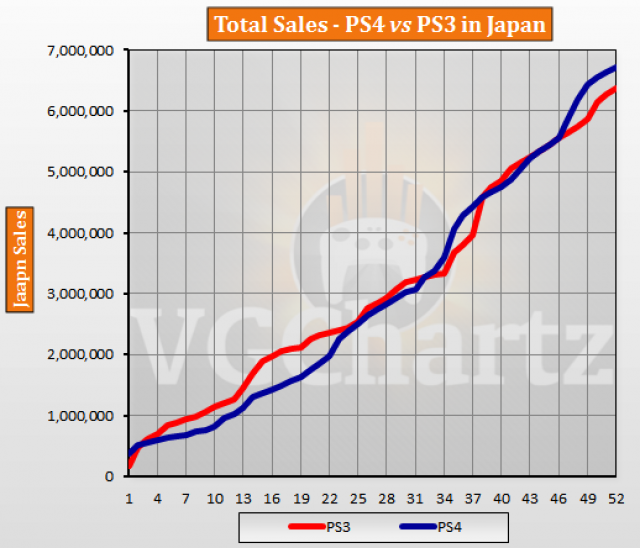 If PS4 can reach 10+ million, it’ll have been a success for sure. Nice to see PlayStation up gen over gen.

Probably the closest chart in VGC and also one that have reversed couple times.

Wow. They're neck and neck.

Its still pretty close yet I think KH3 should sell enough units for the PS4 to maintain a small lead till it is dicontinued.