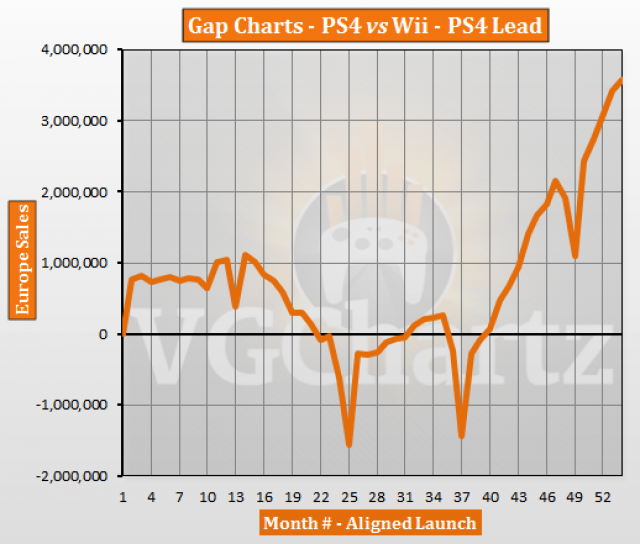 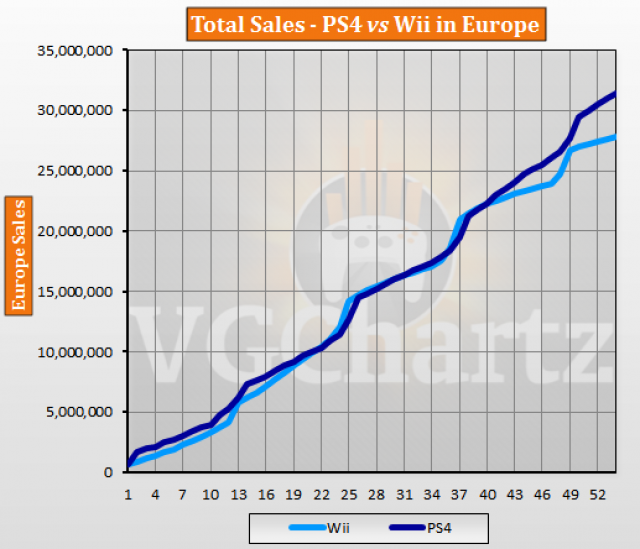 So the majority of sales were in the US and JP? Sold pretty awful in EU.

actually 12.77 m where sold in Japan, to give that some perspective the PS1 sold about 2 or 3 m more lifetime but it's Japanese totaled 19 odd mill and PS3 sold 10 .47 m ,what took the Wii from selling PS360 numbers (that in it's self coming from GC numbers would have been great )to over 100 m was the US.

One cool thing about this gap chart is that it has Wii sales encoded into it. For example, The charts dips show us when Wii sold the most and how it sold. I would like to know if the large dips correspond to major Wii releases. That would be fascinating. Also, the current slope is so high that it ensures that PS4 will finish between 8 to 10 million units ahead of the Wii in that region. Depending on how long the PS4 sales for, the worldwide lead should be between 10 and 15 million units.