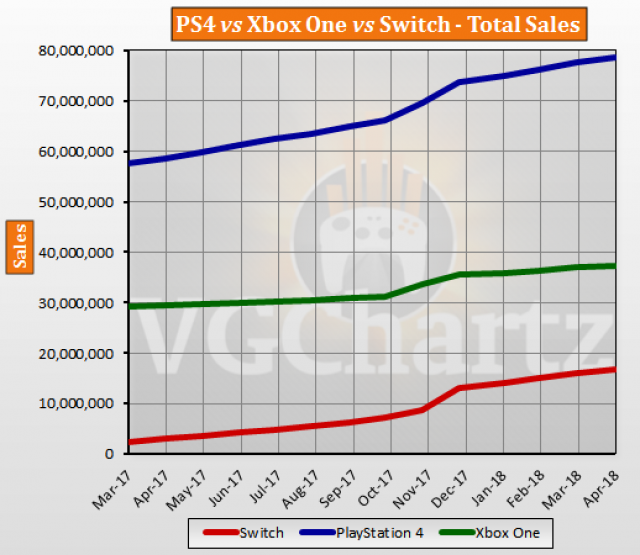 Looking at the total sales of the PlayStation 4, Xbox One, and Switch though April 2018 shows much of a lead the PlayStation 4 has on the Xbox One and Nintendo Switch. However, the Switch did launch several years after the other two consoles. 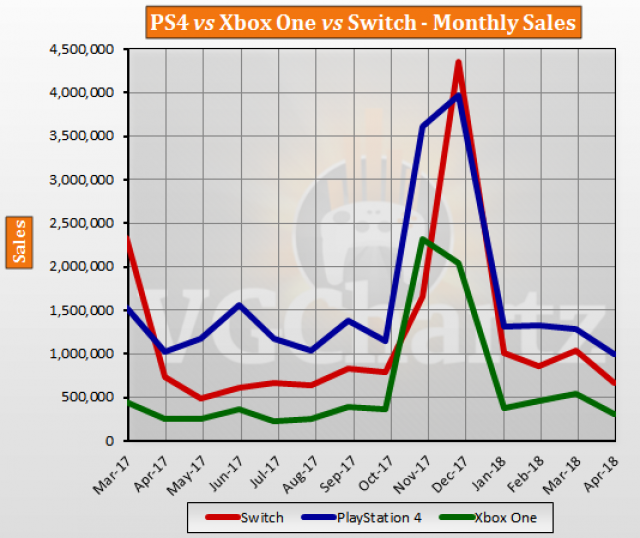 Taking a look at the marketshare, the PlayStation 4 managed to achieve 50 percent. The Nintendo Switch accounted for 34 percent of the consoles sold, and the Xbox One 16 percent.

Wow, PS4 with more than 50% the global sales for April.

The Xbox One Sales are WAY too high. We know because US sales are generally 2/3 of global sales.