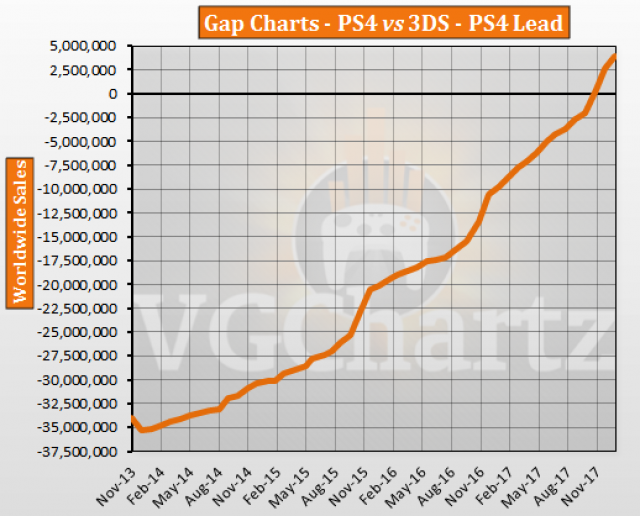 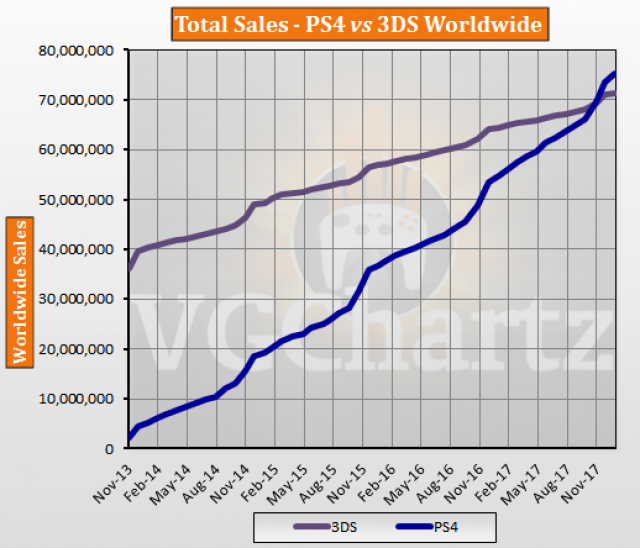 Switch will stop it.

2017 will easily be one of Switch’s best years, and even that couldn’t stop PS4 from breaking all its previous records. So far in 2018, PS4 is already tracking ahead of its sales last year, and nothing in Switch’s lineup this year will take away from that, with PS4’s stellar lineup. PS4 will be sitting pretty at the 100 million mark by March 2019. So good luck with that claim lol

But, Ps4 is DOOMED right?

That battle is won for the PS4. No chance for the slowly dying 3DS to keep up.

No console sells 4 million right after Holiday Season. The start of the year is cold for video game sales. MHW sure helped, but not that much.