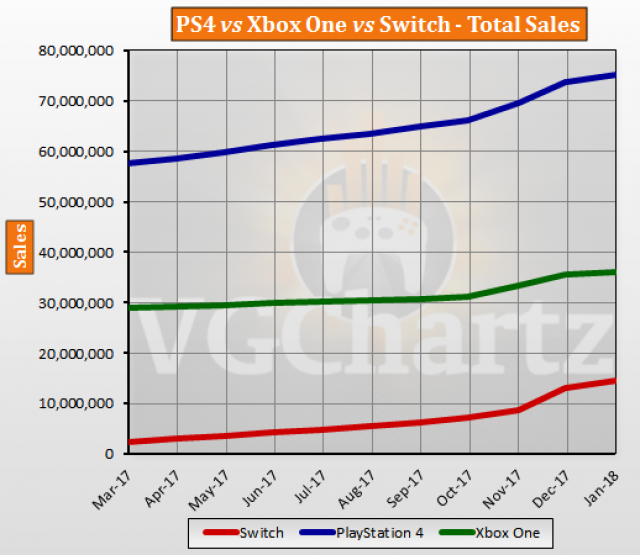 Looking at the total sales of the PlayStation 4, Xbox One, and Switch though January 2018 shows the Switch starting to close the gap on the Xbox One. 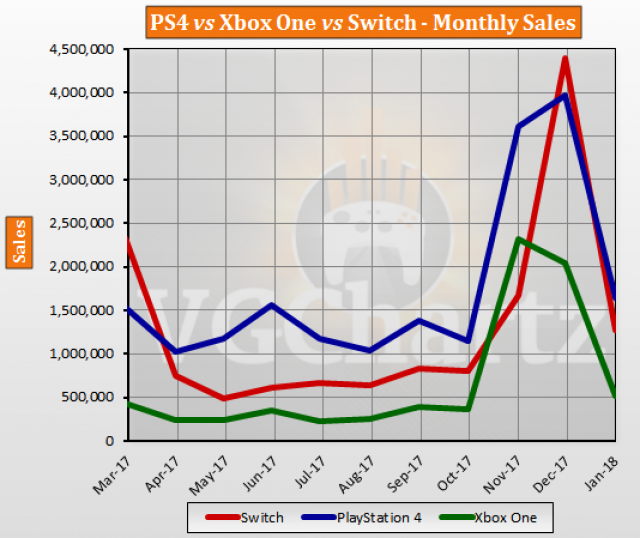 You would think that by now the PS4 would hit a saturation point where the demand starts to decline which would lead to a price cut but that hasn't happened quite yet. Unbelievable

I mean a LOT of xbone and ps4 demand was due to american price cuts...

Trains pickin up speed. Almost like a Country Western is on it's way...

PS4 still leading the charge. Things are going to be crazy if Sony announces an official $199 price at E3.

What would make you think that Sony would be silly enough to sell the console below cost when they have zero issues selling it as the data obviously shows?

Never said they would or should do it; I’m saying the sales numbers are going to be insane if they do. PS4 literally sold out on BF from the temporary $199 price.

Switch won at December in world wide ! That's a great.

And Switch is the most expensive out of the 3.

Yes, while PS4 was 2 million above Switch for November, the Switch was 500k above PS4 for December.

Switch is just 10 month baby. It is not warmed up yet.

PS4 will outsell PS3 and then PS1 and then PS2. Sony always wins baby. Best games and best consoles

PS4 continues to crush its competition in console sales. Well on track to sell over 100 million sales during 2019 and press on. The PS4 has a shot at selling 150 million consoles.