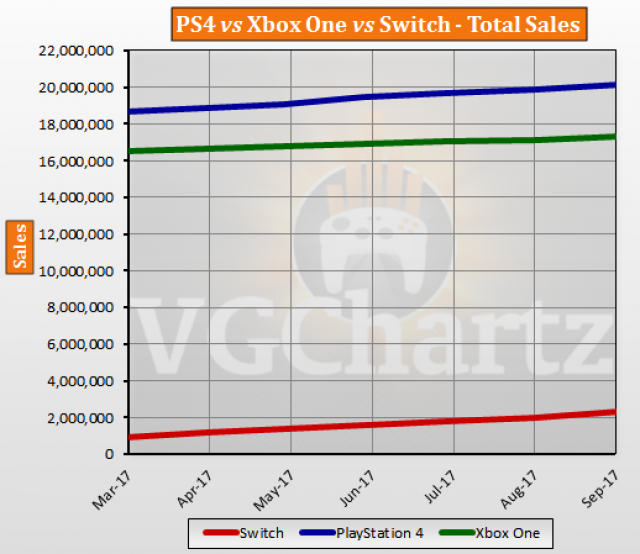 Looking at market share for the month, the Switch managed to achieve 39 percent. The PlayStation 4 accounted for 38 percent of the consoles sold, and the Xbox One 23 percent.

As Switch numbers continue to gain momentum I expect sales for PS4 to plateau, will be interesting to watch what happens over the next year